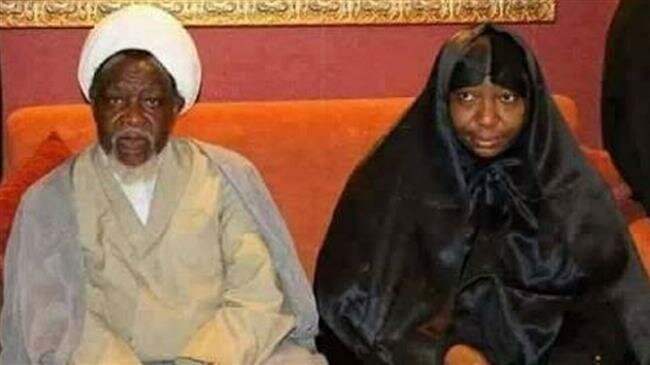 Nigerian authorities transfer top Shia cleric, Sheikh Ibrahim Zakzaky, and his wife to a dilapidated prison, where many detainees have so far died due to lack of medical attention.

A High Court ordered the Department of State Services on Thursday to transfer the cleric and his wife, Zinat, to the Correctional Center, in Kaduna State, Northwest of the country.

Sheikh Zakzaky, who is in his mid-sixties, lost the sight of his left eye in a 2015 raid by security forces, that left more than 300 of his followers and three of his sons dead. His wife also sustained serious injuries during the raid.

He has been kept in custody along with his wife and a large number of his followers ever since.

Members of the Islamic Movement in Nigeria (IMN) said on Thursday that any attempt to take the couple anywhere other than a hospital will put them in further jeopardy.

The IMN described the move as a “mischievous” attempt by the government to humiliate “our leader, Sheikh Ibraheem Zakzaky, and subjecting him to further hardships.”

The IMN said the facilities at the Kaduna Central Prison are dilapidated.

They said it is the same prison where some survivors of the December 2015 raid perished due to lack of medical attention.

“It can therefore never be a substitute for appropriately furnished medical facility that can take care of their urgent medical needs,” the group said in a statement.

It said that by sending them to this prison, the government had “chosen a path of dishonor and shame in charging the Sheikh and his wife for aiding and abetting alleged offences they couldn’t prove in the same court against hundreds of his supporters.”

“They refused to diligently pursue the case, but rather use one flimsy excuse or the other to delay making any progress in the case because of their knowledge that they don’t have a case against them,” the IMN added.

Earlier this year, the IMN accused the Nigerian government of having poisoned Zakzaky in jail after “large and dangerous quantities of lead and cadmium have been found in his blood.”

Back in August, the couple was transferred to India to receive medical care. Days later, however, they had to return to Nigeria after they had “lost all faith” in the prospect of receiving proper treatment there, according to the Islamic group.

“Since that return, the Sheikh and his wife have been largely held incommunicado. No contact with their legal representatives was given and only a minimal contact with doctors and even that only after the Sheikh’s wife took seriously ill in detention.” the IMN said. .