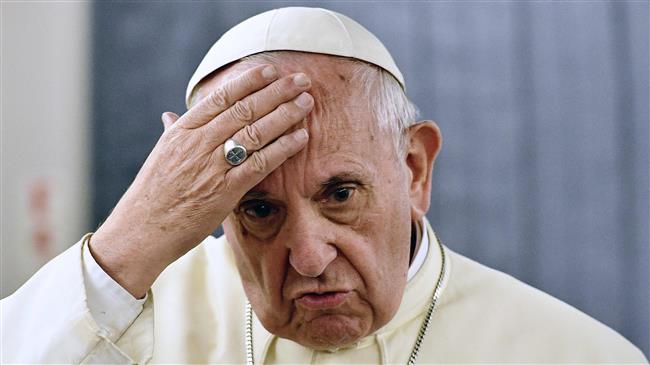 An Australian archbishop convicted of concealing abuse by a notorious pedophile priest in the 1970s says he hopes his stepping down would be a “catalyst to heal pain and distress” after his resignation was accepted by Pope Francis.

The Vatican announced on Monday the departure of Philip Wilson, sentenced to a year in detention earlier this month, after becoming one of the highest-ranking church officials to be convicted on the charge in May.

Wilson was found guilty in an Australian court of failing to report allegations against pedophile priest Jim Fletcher.

He submitted his resignation, which he says was not requested by the Vatican, on July 20, a day after Australian Prime Minister Malcolm Turnbull called on the Pope to sack the 67-year-old.

In a statement released by the Catholic Archdiocese of Adelaide on Monday, Wilson said, “I made this decision because I have become increasingly worried at the growing level of hurt that my recent conviction has caused within the community.”

Turnbull welcomed the resignation in a statement to Fairfax Media on Monday, adding that “there is no more important responsibility for community and church leaders than the protection of children.”

Wilson had long denied the charges and initially resisted calls to resign pending an appeal against his conviction.

His legal team made four attempts to have the case thrown out, arguing that their client suffered from Alzheimer’s and should therefore avoid trial.

But a magistrate in Australia found Wilson guilty of concealing a serious indictable offence of another person, concluding that his primary motive was to protect the church.

He said when sentencing him Wilson had showed “no remorse or contrition.”

The court has adjourned the matter until August 14 to assess whether Wilson can serve his sentence under home detention.

Wilson’s conviction comes amid a host of accusations that the Catholic Church ignored and covered up child abuse in Australia, charges that have also plagued other countries.

Wilson’s departure comes just two days after the Pope accepted the resignation of US cardinal Theodore McCarrick, 88, accused of sexually abusing a teenager while working as a priest in New York in the early 1970s.

McCarrick is just the second cardinal ever to lose his status. He remains a priest pending the Vatican investigative process.