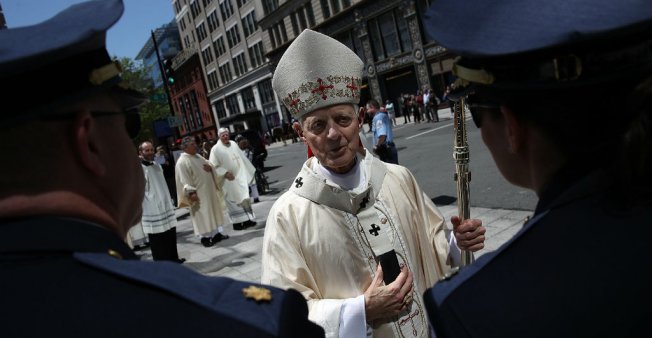 Pope Francis has accepted the resignation of Cardinal Donald Wuerl as archbishop of Washington, D.C., the Vatican said on Friday, making him one of the most senior Catholic figures to step down in a worldwide sexual abuse crisis.

Wuerl, 77, who was bishop of Pittsburgh between 1988 and 2006, has been under scrutiny over his handling of sexual abuse cases during that period. He keeps the title of cardinal.

In a letter by the pope released in Washington, Francis indicated that he accepted the resignation reluctantly and at Wuerl’s insistence. He asked Wuerl to stay on as administrator until another archbishop could be appointed.

Wuerl has been under fire since the release in August of a U.S. Grand Jury report on sexual abuse found evidence that at least 1,000 people, mostly children, had been sexually abused by some 300 clergymen over the course of 70 years. The report covered six dioceses in Pennsylvania, including Pittsburgh when it was led by Wuerl.

He has also been accused of knowing about sexual misconduct by his predecessor in Washington, ex-cardinal Theodore McCarrick.

Wuerl has defended his overall record in Pittsburgh. He also has denied knowing that McCarrick, once one of the U.S. Church’s most prominent figures, had forced male adult seminarians to have sex with him years ago.

In July McCarrick became the first cardinal in about 100 years to be stripped of his red hat and title of “eminence”.

Francis ordered McCarrick to retire to a life of prayer and penitence after American Church officials said as part of a separate investigation that allegations that McCarrick had sexually abused a 16-year-old boy almost 50 years ago were credible and substantiated.