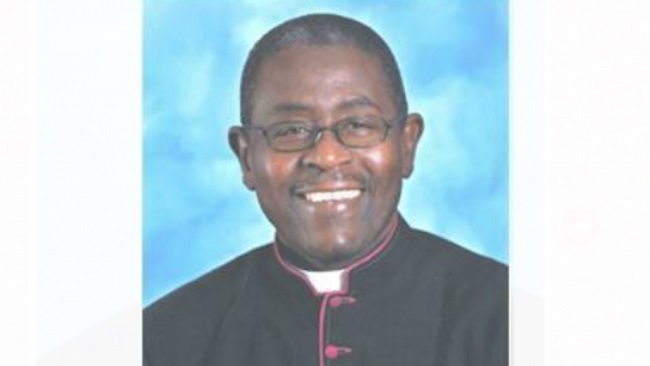 Pope Francis appointed Mgsr. Jerome Feudjio on Tuesday to lead the Diocese of St. Thomas in the U.S. Virgin Islands.

Originally from Cameroon, Feudjio has served as a priest of the U.S. Virgin Islands’ diocese for more than 30 years.

Commenting on Feudjio’s March 2 appointment, Cardinal Wilton Gregory, the apostolic administrator of St. Thomas diocese, said: “Bishop-Elect Jerome is no stranger to the people of the diocese. His long history of service and pastoral dedication to the people of this community of faith are well known and widely respected,”

Feudjio, 65, currently serves as the vicar general of the Diocese of St. Thomas and rector of its Cathedral of Saints Peter and Paul.

The Diocese of St. Thomas in the Virgin Islands was established in 1977 and is the sole suffragan see of the Archdiocese of Washington. The diocese is made up of 30,000 Catholics across the islands of St. Croix, St. John, St. Thomas, and Water Island.

Feudjio first arrived in the U.S. Virgin Islands in 1988 after Cardinal Seán O’Malley, who at the time was a coadjutor bishop of St. Thomas, invited him to work as a campus minister in the Saints Peter and Paul School.

Two years later, he was ordained a priest of the Diocese of St. Thomas and appointed as parochial vicar of the cathedral. He taught French and religion at the Catholic school and went on to serve in multiple positions within the diocese, including as director of vocations, finance officer, administrator, and chancellor.

Born in Cameroon in 1955, Feudjio entered religious life at the age of 17 as a postulant for the Congregation of the Fathers of the Sacred Heart (SCJ). He attended their Saint Apostles Seminary in Otele, Cameroon, from 1972 to 1975, as well as the major seminary in the capital city of Yaoundé from 1975 to 1979.

While still in formation in 1980, Feudjio traveled to the United States, where he met the then Fr. Seán O’Malley, who invited him to stay and study in Washington, D.C.

Feudjio completed his studies in philosophy and theology in the Archdiocese of Washington at Oblate College, and in 1987 joined the Oblates of Mary Immaculate, making a temporary religious profession.

During his time in the U.S., Feudjio completed a graduate program at Southern Illinois University in the Administration of Justice Program, through which he interned at a local transitional house that helped former inmates readjust to society.

In 2004, Bishop George V. Murry, S.J., who served as bishop of St. Thomas from 1999 to 2007, asked Feudjio to return to Southern Illinois University to pursue further graduate studies in Rehabilitation Administration.

Feudjio has served as rector of the Saints Peter and Paul Cathedral in the U.S. Virgin Islands since 2008.

As bishop of the U.S. Virgin Islands, Feudjio will succeed Bishop Herbert Bevard, who retired in September after he was hospitalized and airlifted to the U.S. mainland for medical treatment.

“Regrettably, I have experienced some new and unanticipated medical conditions that unfortunately preclude my ability to continue to maintain my position in the Diocese of St. Thomas,” Bevard wrote in a letter to the diocese on Sept. 18.

“I have loved serving the People of God; the clergy, religious, laity, and the entire Virgin Islands community in the Diocese of St. Thomas and will treasure the fond memories that we share together. It is this same love and concern for them, recognizing my own limitations, that now compel me to make this request,” he said.

Bevard, 75, has remained in North Carolina for ongoing medical treatment. He led the Diocese of St. Thomas for 12 years.

Pope Francis appointed the then Archbishop Wilton Gregory of Washington to serve as the apostolic administrator of the Diocese of St. Thomas until the new bishop is installed.

“I readily join the clergy, religious, and faithful of the Diocese of St. Thomas in the Virgin Islands today in warmly welcoming Pope Francis’ appointment of Msgr. Jerome Feudjio as the sixth Bishop of this local Church,” Cardinal Gregory said.

“He now begins a new chapter in his own life and in all of your lives as well. Please keep him in your prayers as he transitions into his new office as I am certain he will hold all of you securely in his daily prayers from this day forward.”