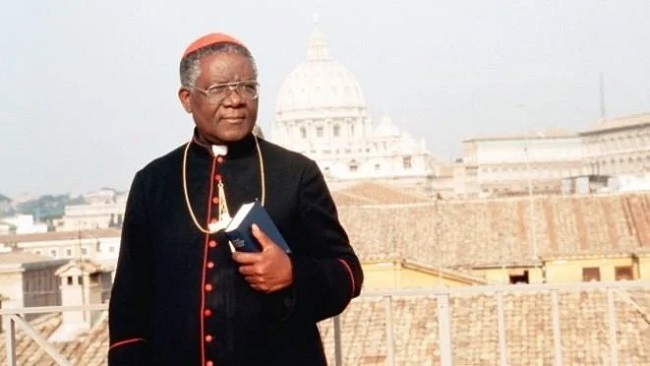 Pope Francis expresses his condolences for the death of Cardinal Christian Tumi, and praises the Cameroonian Archbishop’s defense of democracy and promotion of human rights.

Cardinal Christian Tumi passed away on Good Friday, 2 April, in a clinic in the Cameroonian city of Douala.

Pope Francis sent a telegram on Easter Sunday to express his condolences for the Cardinal’s death.

The Pope’s message was addressed to Archbishop Samuel Kleda, the Archbishop of Douala and Cardinal Tumi’s successor.

“On learning with sorrow of the death of our brother Cardinal Christian Tumi, I wish to express my condolences and my union in prayer with the College of Cardinals, the family and friends of the deceased, as well as with all those who mourn him,” wrote the Pope.

He added that Cardinal Tumi “left an unforgettable mark on the Church and on the social and political life” of Cameroon.

He was the African nation’s first Cardinal—created by Pope St. John Paul II in 1988.

Defender of democracy, servant to Popes

Pope Francis said the late Cardinal always committed himself “courageously to the defense of democracy and the promotion of human rights.”

He also praised Cardinal Tumi’s desire to promote peace and reconciliation “in his old age.”

“He was a faithful collaborator of the Popes, assuming various offices in the Roman Curia,” wrote Pope Francis. “May the Lord welcome His servant into His peace and joy!”