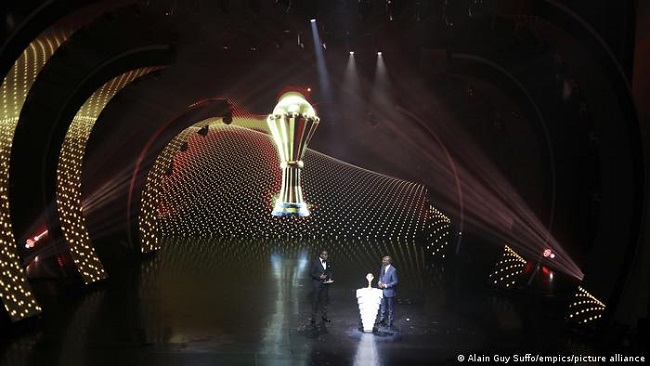 Africa’s most prominent soccer championship, the Africa Cup of Nations (AFCON), has twice been pushed forward.

The first postponement was because Cameroon was deemed unprepared to host the games, and the second was because of the COVID-19 pandemic.

The Confederation of African Football (CAF) — Africa’s soccer governing body — is now being asked if the escalating violence in the country’s Anglophone regions poses too great a threat to spectators and team safety.

A vicious civil war has been raging in Cameroon’s English-speaking areas, whose people make up 20% of the Central African country, since September 2017.

The clashes are between Cameroonian government forces and armed separatist groups.

Parties on both sides of the conflict committed widespread human rights violations in 2020, including extrajudicial or summary executions and mass murders in Cameroon’s Anglophone regions, a report by Human Rights Watch found.

There are now mounting calls to delay the AFCON competition until the warring parties call for a ceasefire and enter peace negotiations.

Can matches be played in Anglophone regions?

According to the AFCON fixture, 24 qualifying teams are scheduled to play matches in six venues across Cameroon.

Limbe stadium is in the Anglophone zone, Bafoussam stadium is near its border, and the others, located in majority-French-speaking regions (Yaounde, Douala, and Garoua) may also be vulnerable to attacks.

In 2021, the Anglophone conflict witnessed an escalation in improvised explosive devices (IED).

There have also been several explosions outside the Anglophone regions, with officials holding separatist groups responsible for the blasts.

There is a real risk of such attacks in all AFCON venues, especially in Limbe.

Although Limbe is one of the few relatively quiet towns in the Anglophone regions, two bomb attacks during the African Championship of Nations football tournament in January 2020, one of which injured police officers, highlights the city’s vulnerability.

An armed separatist group called the Fako Action Forces (FAF) claimed responsibility for at least one of those IEDs. Moreover, the same group has recently been active in Buea, the capital of the Southwest Region and close to Limbe.

Last month, FAF claimed an IED attack on the University of Buea which injured 11 students. They also killed a driver for defying the separatists’ Monday stay-at-home- “ghost town” orders, which have been in place for five years.

Given the increasing attacks on civilians, the Confederation of African Football may come under pressure to postpone the tournament until President Paul Biya’s regime attends peace talks.

Moreover, during AFCON, the deteriorating security situation would pose risks to players on and off the pitch.

The Cameroon authorities allegedly wish to host AFCON because of its status this will confer on them, on the continent and beyond.

Many believe that President Biya hopes to win the favor of young Cameroonians by staging the matches. Yet, the games may also offer an opportunity for young Cameroonians to express their frustration with the country’s human-rights abuses.

The Cameroonian government has consistently responded to peaceful protests with violence and military action, losing support and driving more youth to take up arms.

Human rights watchdogs accuse his forces of behaving with impunity, targeting unarmed civilians in the Anglophone regions, burning villages, and causing over 700,000 people (out of 6 million people living there) to flee into the bush or elsewhere in the country. Tens of thousands more are in exile in neighboring Nigeria and beyond.

When sports mix with politics

This controversial AFCON is not the first time sporting events have become sensitive politically.

In the 1970s, protests greeted the cricket team of repressive apartheid South Africa when it went on tour.

The Soviet invasion of Afghanistan led the USA and other countries to pull their athletes from participation in the 1980 Moscow Olympics.

Politics overshadowed the 2008 Beijing Olympics due to China’s human-rights violations, brutal crackdown on Tibet, and initial refusal to support sending peacekeepers to stop a genocide in Darfur.

The upcoming 2022 Beijing Olympics is under scrutiny due to China’s mistreatment of its Uyghur minority.

Cameroon security services recently conducted anti-terrorism simulation exercises, including a mock attack on a stadium, but the shadow of the 1972 Munich Olympics, where the Palestinian group Black September murdered 11 Israeli athletes, hangs over any proposed AFCON soccer games.

The fact that the country needs to practice these simulations begs the question: Why is the Confederation of African Football allowing AFCON to take place in an insecure environment and under the authority of a government committing crimes against humanity against its citizens?

For the sake of AFCON and the sake of suffering Cameroonian citizens, the Confederation and the Cameroonian government should think carefully about the safety and morality of hosting the Africa Cup of Nations in January in Cameroon.