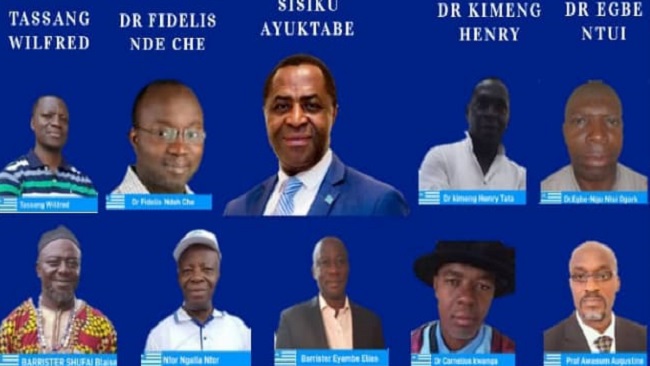 The leader of the Ambazonian nation President Sisiku Ayuk Tabe and his second in command Comrade Dabney Yerima have in a joint statement called on the Southern Cameroons Self Defense Forces to remain united and focus on meritorious activities with courage and strength.

“On behalf of the founding fathers of our nation; We  send our  greetings to all the Restoration Forces on Ground 1 and on  Ground Zero; May the Almighty God bless you with a successful mission to Buea; remain united and focus on the self defense assignment”   the Ambazonia leaders stated in the message.

As a result of the on-going genocide in the Southern Cameroons (Ambazonia), an estimated 20,000 people have been killed, over 500 towns and villages have been burnt down, over 120,000 people are seeking refuge in Nigeria and further afield, over 1million people are internally displaced or living in bushes and over 3,000 persons incarcerated in prisons and detention facilities.

Over the past four years, the Southern Cameroons Self Defense Force has successfully defended the Ambazonian nation from attacks by the enemy French Cameroun regime in Yaoundé.

It has also been playing a momentous role in fighting terror created by a pro Cameroon government armed group known as Atanga Nji Boys.

By Asu Vera Eyere with additional reporting from Rita Akana