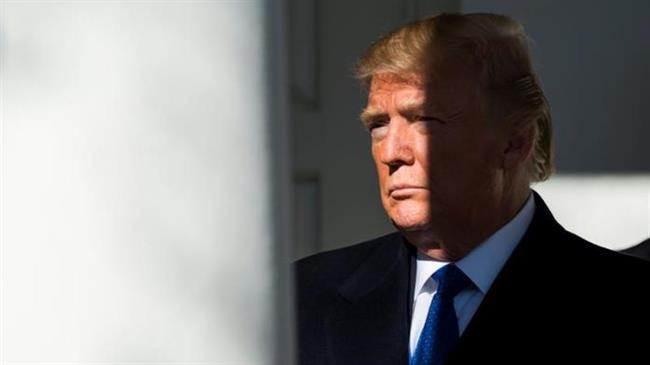 US President Donald Trump has accused the mainstream American media of trying to crash the country’s economy as recession fears grow due to Trump’s trade disputes with several countries particularly China.

“The Fake News Media is doing everything they can to crash the economy because they think that will be bad for me and my re-election,” he said in a tweet on Thursday. “The problem they have is that the economy is way too strong and we will soon be winning big on Trade, and everyone knows that, including China!”

Trump’s critics have accused him of trying to shift blame for recession concerns away from his escalating trade disputes with the world.

China on Thursday vowed to retaliate against planned escalations with unspecified but “necessary” countermeasures against the latest round of US tariffs levied on $300 billion of Chinese products as part of an escalating trade war.

Early this month, Trump tweeted that Washington will commence imposing tariffs of 10 percent on the remaining $300 billion of goods and products coming from the Asian country to the US from September 1.

The surprise tariff announcement came days after officials from the US and China restarted trade talks in Shanghai, China.

However, Trump backed off on part of the plan on Tuesday, postponing tariffs on some items such as cell phones, laptops and other consumer goods.

He hoped that the move could blunt their impact on US holiday sales. However, tariffs will still apply to those products from mid-December.

On Wednesday, US stocks tumbled as weak economic data from China and Germany and a key US Treasury benchmark exacerbated global recession fears.

Trump, however, targeted Federal Reserve policy as the culprit for the market turmoil. The Federal Reserve cut interest rates last month and is expected to make additional cuts in the months ahead.