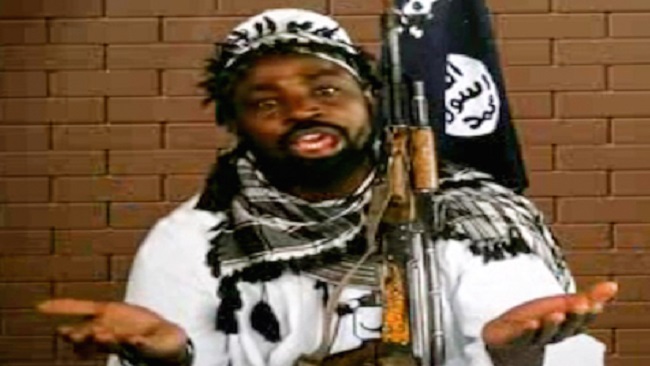 On February 2, more than two dozen Boko Haram fighters emerged from a hideout in Sambisa Forest and surrendered to authorities. Their defections were a key victory for Nigerian forces and regional allies in their battle against the diminished, but still deadly, terrorist group.

Maj. Gen. Rogers Nicholas of the Nigerian Army told VOA’s Hausa service that he believes there are more defections to come.

“Now they have repented. They surrendered voluntarily. They are now with us. We have provided them with clothes to wear, food to eat and drugs for their health,” said Nicholas, the theater commander for Operation Lafiya Dole, Nigeria’s effort to defeat Boko Haram.

“We will hand them over to the state government to decide what to do next. We are calling on those still hiding in the forest to come out and surrender. We will accept them and take care of them,” he said.

One of the defectors said he and the other fighters were struggling with a lack of food, water and medical supplies.

“We were just suffering in the bush. Thank God we were accepted by the authorities and provided for. I want to call on those still in the forest to come out and surrender with their weapons. Nothing would happen to them,” the fighter told VOA.

But lasting peace has been elusive in the fight against Boko Haram. Nigerian President Muhammadu Buhari and top officials have declared the group defeated multiple times, only to see more attacks. The group killed more than 900 people in 2017, a slight increase from the previous year, according to BBC Monitoring. They remain among the most deadly terrorist groups on the continent.

Vincent Foucher, senior consultant for the International Crisis Group, recently returned from a research trip to northeast Nigeria and said the group is weakened but still dangerous.

“Boko Haram has basically gone rural,” he said, pointing to marshy areas in and around Lake Chad and mountainous areas along the border with Cameroon as the group’s strongholds. “They don’t seek anymore to control large chunks of territory. They just go for hit and run. They mix guerilla and terrorism basically. And they are still there.”

Foucher said life inside Maiduguri, the largest city in Borno State, has mostly returned to normal, with busy commerce and significant activity by nongovernmental organizations. Other cities in the northeast have been turned into garrison towns with trenches dug around them for protection, he said.

“The military are, you know, a bit more corrosive — are sort of trying to push people to flock to those towns to sort of control what’s going on. This is classical counterinsurgency policy,” said Foucher. “You want to take the water away from the fish, as the saying goes.”

Foucher said the Nigerian Army has made some advances in counterinsurgency through its specially trained mobile strike teams and via air strikes. He said he also is heartened to see the Nigerian Army taking claims of abuse or human rights violations seriously, and in some cases, issuing court-martials to those suspected of crimes.

Perhaps most significantly, the Multinational Joint Task Force has made gains. The 10,000-person force is headquartered in N’Djamena, Chad, with regional bases in the four countries surrounding Lake Chad. In addition to the affected nations of Chad, Niger, Nigeria and Cameroon, Benin also contributes troops to the effort.

“It’s not perfect, but the level of cooperation, actually, between the four countries, whether in the framework of MNJTF or whether actually outside — there are also some bilateral links that are working, and it is actually quite remarkable,” he said.

The task force embodies the ideal of “African solutions to African problems,” an often-cited approach to tackling military, political and societal issues without relying too heavily on Western support.

“I think, for once, an African regional security mechanism that is building, you know, that is not just a mimicry of what Europe has been trying to do,” Foucher said. “It is really based on a need that states feel for some sort of coordination, so it’s an interesting thing.”