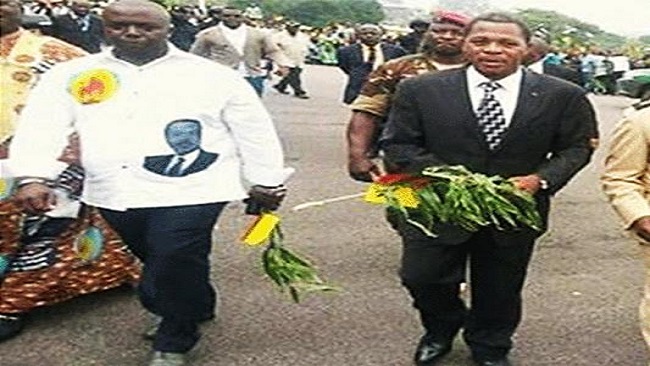 Skepticism dominates Cameroon’s English-speaking areas, even after the visit of the newly appointed Interior Minister Paul Atanga Nji. The minister visited Buea and Kumba in the South-West, as well as Bamenda and Batibo, two sub-regions in northwestern Cameroon.

The minister had said on Tuesday that he was bringing a “message of dialogue” to the restive southwest anglophone region, where the army is fighting separatists.

Atanga Nji, himself an anglophone, told state radio he was in the region to “bring a message of dialogue, a responsible dialogue, a dialogue with those who know that Cameroon is one and indivisible”.

But his visit has been met with skepticism, with some terming his mission as a ‘joke’ and an ‘illusion’ as RFI reports.

“He did not try to meet us and he talks about dialogue! But which dialogue is it,” RFI quotes an exasperated lawyer from Buea who spoke on condition of anonymity.

“He was content to see the traditional chiefs,” said a bitter teacher, who preferred to take refuge in his village because of the tension in Bamenda.

“Tension is brewing because we are approaching the presidential election and in fact, the government is doing nothing to resolve the crisis, “he continues.

The minister, the first anglophone Interior Minister, is unpopular in the English-speaking regions after declaring in early 2016 that there was “no anglophone problem” in Cameroon.

Two English-speaking regions, in the southwest and northwest, became part of the French-majority country after independence in 1960 and contain around 20 percent of the Cameroon population.

Tensions have flared since separatists proclaimed the autonomous republic of “Ambazonia” in October last year.