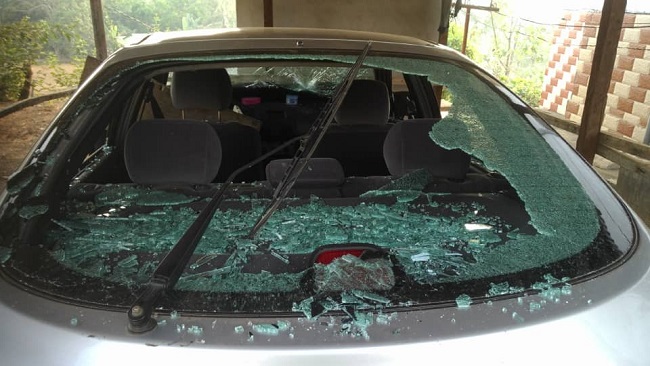 In reaction to the latest round of the Cameroon government army attacks against the impoverished Ambazonian people in Mamfe, the chief town in the Manyu County, a senior Southern Cameroons figure Prof Carlson Anyangwe has urged the Biya Francophone regime to stop its war on fellow Africans. Prof Anyangwe also observed that it is time for the international community to wake up.

Cameroon government army soldiers have continuously defied principles of morality by carrying out attacks against the English speaking people particularly in the rural areas not covered by the media.

“The international community must stop this genocide and end the war on the people of the Federal Republic of Ambazonia,” Anyangwe said.

The Francophone administration in Manyu has reportedly blamed the attacks that witnessed the destruction of houses and vehicles on armed Amba gangs. But people in the know including a local representative of the Southern Cameroons Interim Government have all hinted that the Mamfe attacks were staged by soldiers loyal to the French Cameroun regime in Yaoundé.

The recent rapes in Manyu as exposed by Human Rights Watch also prompted Prof Carlson Anyangwe to call on the international community to criminalize the continuation of the Cameroon government aggression against the people of British Southern Cameroons.

In another part of his statement, Carlson Anyangwe pointed to the fact that there is need for the people of Southern Cameroons and their Interim Government to intensify the resistance and ghost town operations.