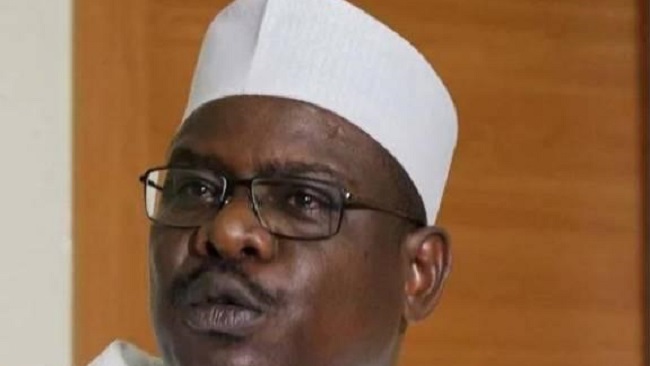 Borno South Senator, Ali Ndume has rejected the idea that the recent attack by Ambazonia fighters on a community in Taraba State is a threat on the territorial integrity of Nigeria.

He said what happened should not be viewed as an attack by the separatist group or Cameroon on Nigeria as a country.

According to the lawmaker, the area of attack is a border community between Nigeria and Cameroon, hence based on information available so far on the incident, what happened was a communal clash.

Ndume said Ambazonia is a “stateless” group that cannot challenge the territorial integrity of Nigeria, adding that the government must take measures to protect those staying in border communities.

“I don’t want you to take it the way you say now like an external aggression. I have listened to the governor, this is more of communal or tribal conflict that affect communities along our borders,” he said.

Reacting to the Nigerian governor’s take on the Taraba attack, the Vice President of the Ambazonia Interim Government Dabney Yerima issued a statement saying “We have not taken this war to La Republique du Cameroun, there is no reason whatsoever for our Liberation fighters to take it to a friendly neighboring country. Our liberation fighters have no motive or interest to invade another friendly Anglo-Saxon country.”

The Ambazonia Vice President furthered “On the 10th of November 2020, Buhari was in Paris with Macron shortly after French Cameroun soldiers illegally entered into Taraba State (Nigeria) for unknown reasons and caused havoc on the people living in that community. This shameful heinouscrime perpetuated by Paul Biya’s military Junta on part of another sovereign country was reported by the Daily post of Nigeria on the 22nd of October 2021. It is believed Paris invited Buhari to cool down the tension and influence him to come up with a whitewash story through another news tabloid in Nigeria so as to continue to manipulate the people of Taraba and the world.”