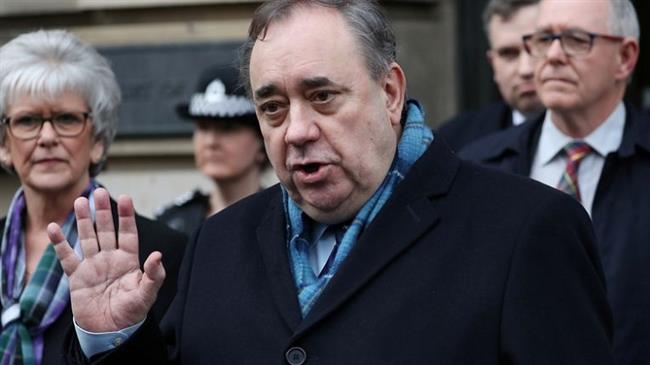 A jury at the High Court in Edinburgh acquitted Salmond of 13 sexual assault charges.

An additional charge of sexually assaulting a 10th woman had previously been dropped by prosecutors.

All the charges against Salmond were alleged to have taken place between June 2008 and November 2014.

Salmond, who is also the former leader of the pro-independence Scottish National Party (SNP), had strenuously pleaded his innocence during the two-week trial.

The former SNP leader is widely regarded as an icon of Scottish nationalism and a pioneer of the independence movement. Indeed, Salmond led the SNP and the Scottish people into the 2014 independence referendum.

Because of his pioneering status – and continuing influence on Scottish politics – independence advocates have long argued the accusations against Salmond were politically motivated.

For his part, Salmond demonstrated humility and magnanimity as he emerged from court an innocent man. Instead of bemoaning the politically motivated witch-hunt against him, Salmond decided instead to focus on the coronavirus crisis in Scotland and the rest of the UK.

“Whatever nightmare I’ve been in over the last two years it is nothing compared to the nightmare that every single one of us is currently living through … People are dying, many more are going to do so”, Salmond said by referencing the deadly COVID-19 disease sweeping Scotland and the UK as a whole.

In an unmistakable gesture of statesmanship, Salmond told reporters to “go home – those who can – take care of your families and god help us all”.

Many Scots have taken to social media to commend Salmond for his statesmanlike behavior and refusal to engage in petty politics over what has now proven to be an unjust prosecution.

With his innocence now proven, there is mounting speculation about Salmond’s next move.

Sky News is reporting that “sources close” to Salmond claim the former First Minister is contemplating a political comeback.

One of the more curious aspects of this case has been the current First Minister, Nicola Sturgeon’s deafening silence on the whole issue. Indeed, as of this moment Sturgeon has failed to congratulate Salmond on proving his innocence in court.

This has prompted a leading Scottish journalist to argue that Sturgeon faces “profound questions of integrity” over the whole affair.

More broadly, Salmond’s acquittal is a blow to the British establishment which has tried for many years to bring him down.

But the scale of Salmond’s legal victory has caused leading establishment figures to reflect on the loss and demand answers from the system that tried to destroy the former SNP leader.

In the final analysis, Salmond’s acquittal is a big boost to the Scottish independence movement which had begun to lose some of its momentum in the wake of last December’s British general election

Apart from issues connected to Sturgeon’s over-cautious leadership style, the coronavirus outbreak has forced the cancellation of plans to hold an independence referendum later this year.

If Salmond decides to return to the centre stage of Scottish politics – albeit in an advisory role – the Scottish independence movement stands to regain vigor, clarity and momentum.