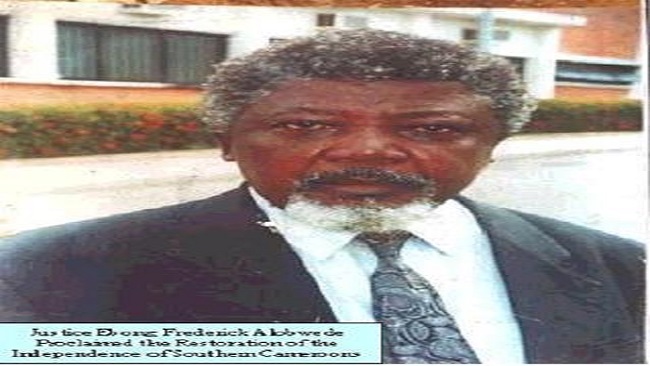 I, Rtd. LORD JUSTICE FREDERICK ALOBWEDE EBONG, am calling on all British Southern Cameroons Barristers, Lawyers and proxy voters to: 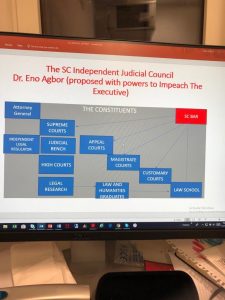 SIGNED ON BEHALF OF THE INDEPENDENT SC JUDICIAL COUNCIL, this 19th DAY of November, 2018 at WASHINGTON DC, THE UNITED STATES OF AMERICA.

On behalf of the British Southern Cameroons Judicial Council, I Rtd. Lord Justice Frederick A. Ebong approves this message.