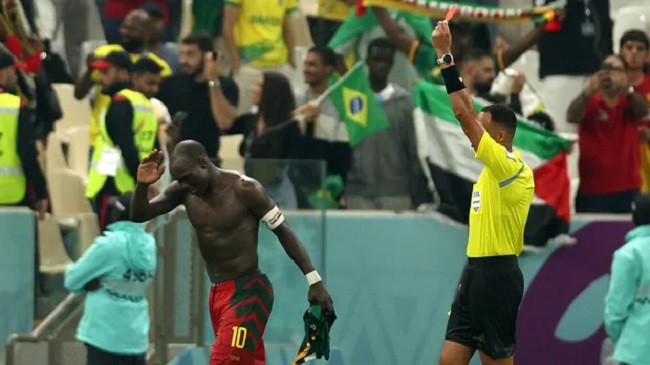 Qatar 2022: Aboubakar gets red card for taking off shirt in celebration 0

Vincent Aboubakar was shown a red card for taking off his shirt as he celebrated his stoppage time goal for Cameroon against Brazil on Friday.

Aboubakar met Jerome Ngom Mbekeli’s cross with a fantastic header two minutes into stoppage time to fire his side to a 1-0 win against Brazil in the final game of the World Cup group stage.

Aboubakar took his jersey off as he and his team-mates went wild and was shown a second yellow card for the offence. The 30-year-old accepted the dismissal and even shook the referee’s hand.