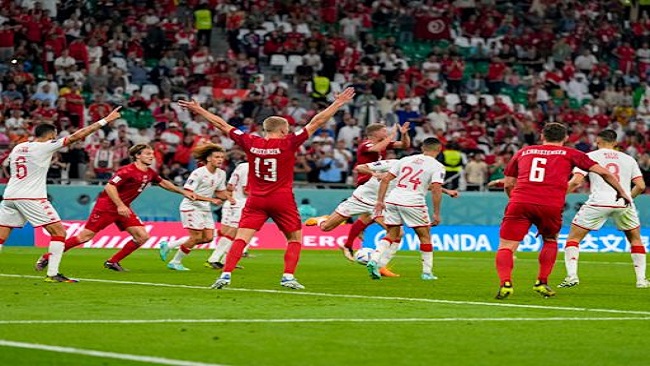 Denmark have settled for a single point on their Group D opener, after a blank draw against Tunisia at Education City Stadium in Al Rayyan.

The Africans were the side to assert themselves on the game in the first-half. They had a great chance to take the lead shortly before half-time but Issam Jebeli’s chipped effort from close-range was spectacularly saved by Kasper Schmeichel.

Denmark paced it up in the second period and had a superb opportunity to grab the lead 20 minutes from time but Andreas Cornelius squandered that as the two sides played out the goalless draw.