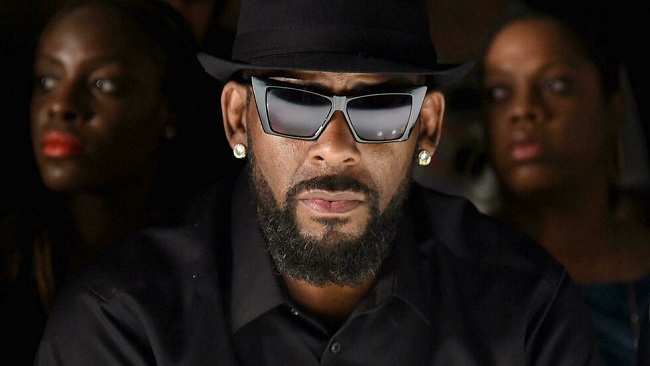 The case, delayed over a year by the pandemic, is seen as landmark for the #MeToo movement as it is the first major sex abuse trial where the majority of accusers are Black women.

The prosecution painstakingly wove the threads of alleged wrongdoing into an intricate pattern of crimes they say the artist born Robert Sylvester Kelly perpetrated with impunity, capitalizing on his fame to prey on young women and teenagers for his own sexual gratification.

The state was tasked with proving the 54-year-old singer is guilty of racketeering, a serious charge commonly associated with the mafia that casts Kelly as the boss of an enterprise of associates who facilitated his abuse.

He is also charged with eight counts under the Mann Act, a law prohibiting transportation of people across state lines for sex.

To convict Kelly on racketeering, jurors must find him guilty of at least two of 14 “predicate acts” — the crimes elemental to the wider pattern of illegal wrongdoing.

Accusers’ stories ran in parallel: many of the alleged victims described meeting the singer at concerts or mall performances, and being handed slips of paper with Kelly’s contact by his entourage.

Several said they were told he could bolster their music industry aspirations.

But all were instead “indoctrinated” into Kelly’s world, according to prosecutors, groomed for sex at hiss whim and kept in line by “coercive means of control” including isolation and cruel disciplinarily measures.

“He’s not a genius. He’s a criminal. He’s a predator,” said Nadia Shihata, the assistant US attorney told jurors.

“Writing hit songs and performing for audiences onstage doesn’t give you license to commit crimes.”

The defense painted a drastically different portrait of the superstar, arguing he was a “sex symbol” and “playboy” who was being attacked by scorned exes and money-hungry superfans.

“They’re all working on these paydays,” said attorney Deveraux Cannick.

Shihata attacked that argument in her rebuttal, telling jurors that witnesses — nine women and two men detailed devastating abuse on the stand — “relived some of the worst periods of their lives for you.”

The indictment centers around six women: Jerhonda, Stephanie, Faith, Sonja and a woman who testified under a pseudonym, along with the R&B star Aaliyah, who died in a plane crash in 2001.

Several more victims alleging abuse were allowed to testify as part of the prosecution’s bid to detail a criminal pattern, though there testimony is not part of the charges.

Six of the alleged victims were underage when Kelly initiated sex with them. Many victims also said the singer routinely filmed the encounters, which in several of the cases would constitute child pornography.

Sonja traveled from Utah to Kelly’s Chicago studio believing he would give her an interview for the radio show she was interning for.

Instead, she said his associates trapped her in a windowless room for days, before giving her food and drink that caused her to quickly fall asleep. She awoke with her underwear mysteriously removed, and saw Kelly putting his pants back on.

Another woman said Kelly coerced her into getting an abortion because he had impregnated her while she was underage. Four said they contracted herpes after sexual contact with the singer, who did not disclose that he carried the incurable venereal disease.

Core to the government’s case has been Kelly’s relationship with Aaliyah.

Kelly wrote and produced her first album — “Age Ain’t Nothin’ But A Number” — before illegally marrying her when she was just 15 because he feared he had impregnated her.

His former manager admitted in court to bribing a worker to obtain fake identification allowing the union, which was later annulled.

Prosecutors also showed the jury video recordings that were not viewable to the public but which they described as containing chilling footage of Kelly threatening, hitting and humiliating women and children.

Kelly, a major R&B star of the 1990s and early 2000s known for hits including “I Believe I Can Fly,” denies all charges.

He remained largely stoic during the proceedings, though during the prosecution’s marathon closing arguments he appeared to grow agitated, shaking his head.

Abuse accusations have long trailed the wildly successful recording artist but he evaded them for decades. He faces prosecutions in three additional jurisdictions, including Illinois federal court.