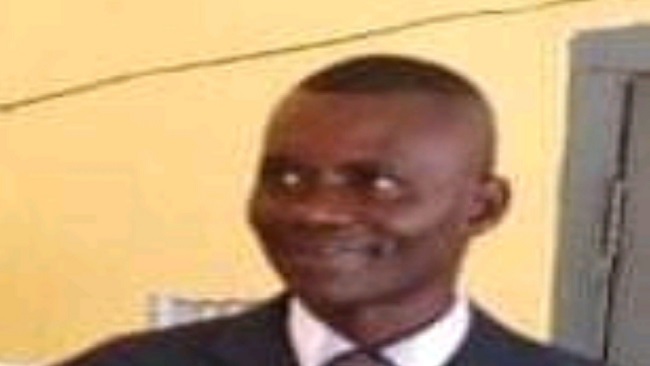 In 2017, the US-based Interim Government of Ambazonia (The IG) announced that the death penalty still stands in the Southern Cameroons and the sentence would be used for those who commit high crimes and misdemeanor against the state. Amongst the crimes that The IG deemed publishable by the death penalty were treason, murder, large scale drug trafficking, espionage and being a senior member of French Cameroun’s CPDM crime-syndicate.

Over the last few months, Ambazonia Intelligence Service and Southern Cameroons law enforcement officers have zeroed in on Peter Mafany Musonge, Yang Philemon, Atanga Nji,and other high-value targets to implement the death penalty for their voluminous crimes against the state.

Concentration on high-value targets however does not mean that smaller targets are being ignored. Saturday, 9 January 2021 execution of the Martin Ayuk, Principal of Government High School Ossing, Manyu County came as no surprise to many familiar with the matter.

Speaking to Cameroon Concord News Group’s Global Headquarters in the United Kingdom, an Ambazonian commander with knowledge of the matter said “Martin has been attracting death to himself for a long time. He has been in consistent and persistent communication with the French Cameroun terrorist forces in Mamfe. We warned him countless times, but he was stupidly arrogant. He did not want to learn from what happened to Mathias Ako, the former Regent Chief of Ossing”

The Ambazonian Commander furthered that “Martin committed crimes of treason and espionage against the people of Ambazonia on many occasions and his actions led to the unlawful arrests and murder of many in Ossing village by the terrorist French Cameroon military. He called the terrorists military of French Cameroun to Ossing in December 2020 to confiscate many of Southern Cameroons self defense weapons that were safely stored in a farm in the forest in Takpa. He had to face the death penalty for calling the military to collect our weapons that cost us more than USD  10,000. Again, he was openly telling us that he had no respect for us as a self-defence force in an area we control. His action was unacceptable”.

The Ambazonian Self-defence commandant went on to add “we do use the death penalty in Manyu County in moderation and only in occasions that the evidence against the accused is overwhelming, and where there is no room for doubt.”

Over 6 000 people have died and close to half a million have been displaced. Multiple separatists groups have formed in Southern Cameroons.

At least six soldiers died and five more were wounded on Wednesday after a roadside bomb exploded in Momo County in the Northern Zone of Southern Cameroons.

By Bisong Ayuk with files from Ossing