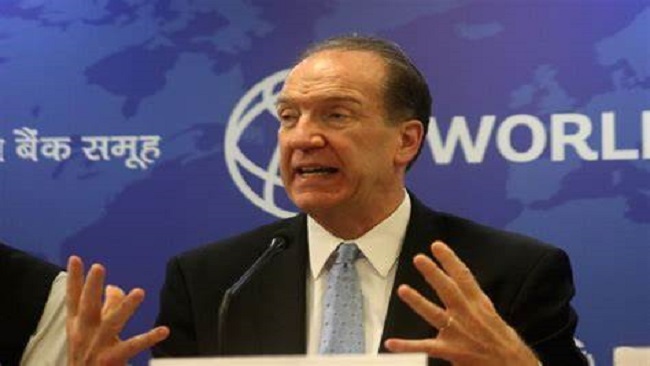 Thank you, Your Excellency Samia Suluhu Hassan, for taking the leadership in organizing this important event. I was very interested in the remarks by the Presidents of Malawi, Zimbabwe, Zambia, Botswana and others.  I also want to the President of Mozambique for hosting several of us earlier this afternoon to discuss early warning systems and sustainable management of Miombo forests.

This conversation on the role of regional interconnections in integrating renewable energy at scale is critical in ensuring that the energy transition happens with the right balance of dependable supply, affordability, and environmental sustainability.

Southern Africa is generously endowed with renewable energy resources, an abundance of sun in Botswana, Namibia and South Africa, and hydro resources in Mozambique, Tanzania, Zambia and Zimbabwe. These resources are not evenly distributed and, therefore, enhanced regional integration to tap into each other’s resources can reduce economic and financial costs. Through deepened regional integration countries can become both suppliers and purchasers of electricity during times of excess capacity and when deficits occur due to the time of day, season, climate shocks and operational constraints. For example, the proposed Mega Solar Initiative which seeks to unlock about 5GW of renewable solar energy in Namibia and Botswana could also contribute to alleviate the power deficit in the region and make good use of hydro assets in the north of region for balancing and storing the variable renewable energy.

The Southern African Power Pool (SAPP) is one of the most advanced power pools not only in Africa but also beyond. Trading through the centralized market has been growing and members have been benefitting from the lower costs. Yet, there is substantial scope for much more trading and for members to realize more benefits from integration, and to ensure SAPP remains on the leading edge.

(iii)         supporting decarbonization and resilience of the regional grids, and

Unlocking renewable energy and power trade potential requires a comprehensive approach, with parallel efforts at regional and national levels. Several key interconnections, across three corridors (East, Central and West), have already been identified by SAPP and require investments in the order of $2 billion. The World Bank along with the African Development Bank, and other cooperating partners is supporting SAPP to develop the Regional Transmission Infrastructure Financing Facility (RTIFF), an innovative financing mechanism aimed at unlocking current constraints and to crowd in the public and private sector financing required.

The World Bank Group remains committed to supporting Africa in promoting increased interconnectivity, decarbonization and access to electricity. This morning we launched SCALE, a new multi-partner initiative that aims to bring global community resources – including grants and concessional loans – to support greenhouse gas reductions in developing countries.  We also support faster debt reduction efforts for countries with unsustainable debt – this will free up vital resources for development and climate action.

Our commitment to Africa is reflected in the current active portfolio of regional integration programs across the African continent in the amount of $19 billion, ranging from common infrastructure to building the joint capacity and systems for coordinated action on, among others, food systems, digital development, trade, and energy markets.

Our active portfolio of regional energy projects amounts to around US$6 billion, including US$ 1.2 billion in Southern Africa. We are keen to provide additional support. I note that this is in addition to our current portfolio of energy access operations which amounts to US$8 billion, and when completed, it will provide energy access to 75 million people in Sub-Saharan Africa.

In conclusion, I would like to reiterate the WBG’s commitment to supporting the innovative solutions that SAPP is developing to leverage private and climate funding.  Thank you and I look forward to a good discussion today.