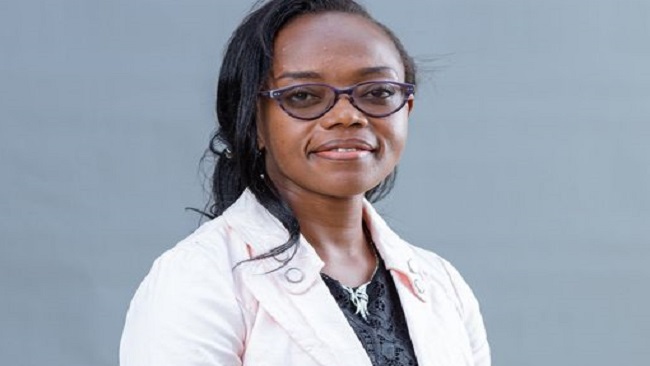 Hundreds of thousands of people suffer from leukemia in all parts of the world, and many ultimately lose their fight against the disease. While there is currently no cure for leukemia, it is possible to treat the cancer to prevent it from coming back.

A biochemistry researcher at the University of Yaounde Medical School in Cameroon’s capital said she developed a plant-based solution to fight leukemia.

“My solution is to make xenografts by administering an aqueous extract of plant bark powder to mice capable of developing tumors,” Francine Tankeu told Anadolu Agency (AA). “We make them leukemic beforehand and then we follow their evolution.”

The next step is to arrange the remedy in a final physical aspect of the drug as it will be used in a patient and according to its compatibility.

“This other step includes several aspects such as toxicological studies to ensure its safety before moving to the human stage (of trials),” said Tankeu.

She noted results on animals show a significant regression of tumor volume after 30 days.

“The survival rate is good, but the test has not yet been performed on a human patient. The steps to be taken before clinical testing, like human trials, are not complete and I don’t have enough funds,” she said.

The idea to use plants came from her daily life, where she noticed a majority of the population uses traditional plant-based medicine for diseases.

“The beneficial effects of Syzygium Guineense, the plant I use, are not negligible because its activity is anti-leukemic. Beyond being used as a spice for local dishes, it is also used for the treatment of certain cancers,” she said.

She figured if she could establish a scientific basis for the traditional use and formulate an improved traditional medicine, it would be “very useful.”

The methodology is “in tune with African socio-cultural realities” she said.

Tankeu wants to formulate “an improved traditional medicine” and to study the effects of the leafy forest plant when it is administered in conjunction with anti-cancer drugs to see if there would be a synergistic effect or a reduction in side effects from chemotherapy.

She received the Young Talent Award In 2020 from the For Women in Science in Sub-Saharan Africa program at the L’Oreal Foundation and UNESCO.

This prize allowed her to realize her work is “an effective contribution to the problem of cancer,” she said.

But the fight remains “vast, long and far from being won in view of the growing number of patients in the world as well as the obstacles to scientific research,” said Tankeu.

It is “very complicated in my country” for several reasons she told the Turkish news agency.

Notably, the lack of financial avenues, absence of technical platforms and prejudice against female scientists.

She noted that teachers prefer to work with male researchers because of perceptions that family responsibilities of women present obstacles.

In addition, “many children die before they are even put on treatment because the standard of living of the inhabitants is lower than the cost of examinations for an accurate diagnosis,” she said.

The number of cancer cases is increasing annually in Cameroon and diagnosis times are long – more than 60% of patients arrive at an advanced stage and treatment is expensive – according to the Health Ministry.

Despite the situation, the young biochemist said she views the future of her solution with “a lot of optimism, especially given the previous results.”