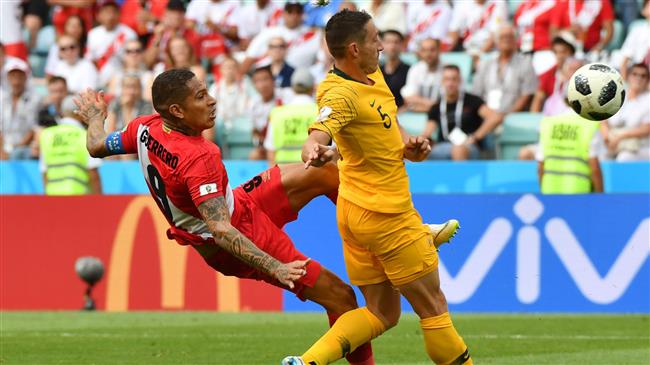 Australia’s hopes for a longer stay in the 2018 World Cup in Russia were have been dashed with a last-game group loss to Peru.

The Peruvians dominated the match in Sochi’s Fish Stadium on Tuesday as they managed to condemn the Socceroos to a 2-0 defeat.

Andre Carrillo scored a stunning volley in the 18th minute while Paolo Guerrero doubled Peru’s lead on the 50 minutes.

However, the result meant that both Peru and Australia, third and fourth in Group C, were out of the World Cup as France and Denmark, other teams in the group, advanced to the round of 16 with a 0-0 draw in the group’s other match.

Peru’s victory was a first for the country in the World Cup in 40 years and a finish on high note for the Andean nation which had been out of the prestigious tournament for 36 years.

The World Cup is being played in 11 cities in Russia. Teams will begin the round of 16 as of Saturday. France and Denmark would wait until later on Tuesday to see who dominates Group D, where Croatia, assured of a place in the next round, is trailed by Nigeria, Iceland and Argentina.

The tournament will end with the final in Moscow’s Luzhniki Stadium on July 16.