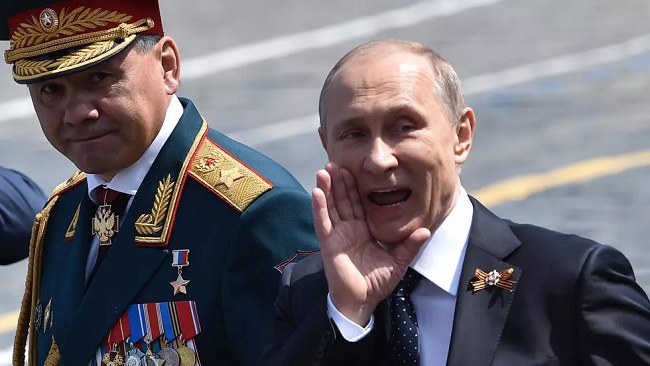 Putin sent Shoigu birthday greetings and signed a decree awarding him one of Russia’s highest decorations, the “For Merit to the Fatherland” medal in the first degree.

Shoigu, an engineer by training who led the emergency ministry before heading the armed forces, already has a chestfull of medals that he wears on occasions such as the Victory Day parade on Red Square.

These include the very prestigious Hero of Russia star.

He comes from Siberian Tuva region close to the border with Mongolia, and is one of the few representatives of Russia’s ethnic minorities in top politics.

As defence chief since 2012, he has presided over a massive modernisation of the armed forces with latest-generation weaponry including hypersonic missiles and reinforced troop presence from the Arctic to the Pacific.

He has also overseen Russia’s military intervention in Syria since 2015 in support of President Bashar al-Assad.

Known for unshakeable loyalty to the Russian Federation, Shoigu has often accompanied the president on macho fishing and wildlife-spotting trips.

These included one in 2008 where Putin shot a Siberian tiger with a tranquiliser dart and then kissed it.

On their most recent trip in October, they picked mushrooms by the banks of the Yenisei River in Siberia.