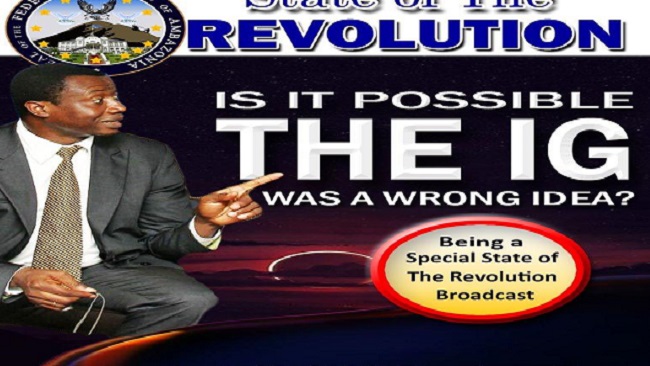 These Maryland based successful failures have broken a long-standing tradition of Southern Cameroons leaders of being defiant to the regime in La Republique du Cameroun and they are helping the Biya regime to implement a vicious and malicious policy in Ambazonia which is taking a turn for the worse in the crisis that has rocked the two Cameroons.

Sako and his acolytes are now part of a group which is working tirelessly to stifle the Ambazonia revolution and implement a French Cameroun deal; something that President Sisiku Ayuk Tabe and the people of Southern Cameroons think it’s the greatest and shameful betrayal of the struggle.

Many in Ground Zero now think that the handful of Southern Cameroonians on this Sako and Chris Anu path sooner or later will have no choice but to end their malign activity. Sako and Chris Anu of course were not known figures in Southern Cameroons until Sisiku Ayuk Tabe brought both men into the limelight-today the two are all-out organized crime figures. The Biya French Cameroun regime has rewarded both men and their crime syndicate by footing the bills of their propaganda network-ABC TV.

So now Sako Ikome with a PhD attached to his name is yelling about how he is the legitimate leader of the people of Southern Cameroons and telling Ambazonians in the diaspora that his wonderful effort designed to take Southern Cameroonians to Buea which is just on the brink of a victory that nobody else sees will somehow be totally thwarted by the legitimate Interim Government of Vice President Dabney Yerima. This is what is making the hard-line French Cameroun CPDM extremist in Yaoundé who bankrolled the arrest and illegal abduction of Ambazonian leaders in Abuja “begeistert”- to use this German word.

All of this is the Paul Tasong-Atanga Nji-Musonge French Cameroun poverty agenda. That’s the reason Sako is still passing for a legitimate Southern Cameroons leader.  And so Sako, Fru John Nsoh, Boh Herbert and Chris Anu are quite right, that if they surrender their loyalty to Vice President Yerima who has the support of the people of Southern Cameroons, they shall no longer be front liners in the struggle. What’s really outrageous here is that an organized crime syndicate associated with the enemy and the most radical wing of a French Cameroun genocide project is allowed by Ambazonians in Europe and the US including Canada to operate in the Southern Cameroons social media space the way it is presently doing.

Sako Ikome is a disgrace. Chris Anu is a disgrace and indeed the entire ABC TV panel including Boh Herbert and Fru John Nsoh is an absolute disgrace.