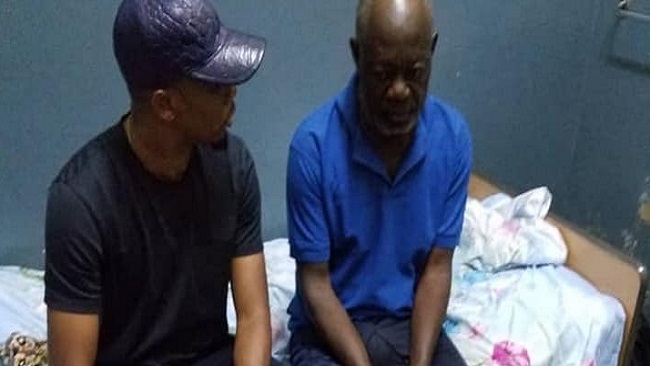 Former Barcelona forward Samuel Eto’o has visited Norbert Owona, an ex-skipper of the Indomitable Lions of Cameroon who lost everything he had in life.

Owona lost his family in an accident, felt sick and currently homeless. He appealed to the government of Cameroon for help but his request was not granted.

However, the Barcelona legend has come to the aid of the poverty-stricken former captain, giving him 500,000FCFA.

The UEFA Champions League winner also promised to give him a brand new house.