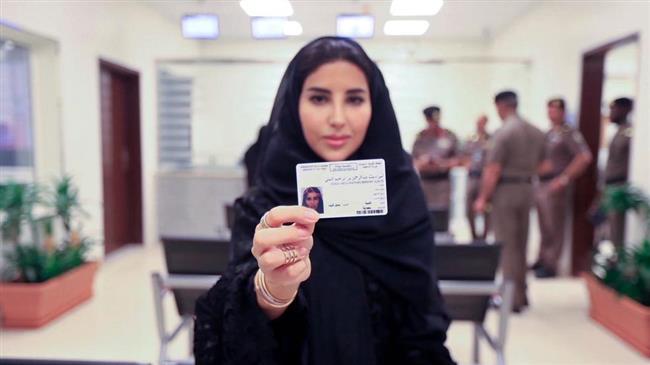 Saudi Arabia has started issuing driving licenses to women weeks ahead of kingdom official lifting a ban on women drivers.

On Monday, the kingdom’s general traffic directorate starting replacing internationally driving licenses held by women with Saudi ones throughout the country.

According to the SPA, ten women were given national licenses after handing in their international ones.

“The exchange process is taking place on various spots around the kingdom to lay the ground for women sitting behind the wheels on the roads – a turning point set to be actualized on June 24,” said the SPA.

The move comes a few days after, Amnesty International called on the “international community and allies of Saudi Arabia” to exert pressure on Riyadh to immediately and unconditionally release women’s rights defenders currently detained in the Arab kingdom.

“Saudi Arabia’s allies – in particular the US, UK and France – must push Saudi Arabian authorities to end their targeted repression of human rights activists in the country. European and world leaders must not stay silent in the face of gross and systematic violations of the human rights of activists and human rights defenders,” said the UK-based rights group in a statement.

Over the past few weeks, a number of prominent women’s rights activists, including Loujain al-Hathloul, Iman al-Nafjan and Aziza al-Youssef, were arrested and still remained in detention centers without charge and incommunicado with no access to their families or lawyers.

Most of the detainees are prominent figures, who enjoy considerable respect among the Saudi grassroots, including university professors and a psychotherapist.

This is while reforms have been accompanied by heavy-handed crackdown on dissent against Saudi critics, ranging from clerics to some of the very female activists who campaigned for years to end the ban.

During the past few weeks, Saudi authorities have arrested seven women and four men who were outspoken women’s rights defenders in the peninsular country, many of whom had campaigned against the long-standing ban on women drivers in Saudi Arabia.

The ban is scheduled to be removed this month, with licenses being issued from 24 June, making Saudi Arabia the last country in the world to permit women to obtain driving licenses.

In September last year, Riyadh removed the driving ban on women as part of reforms to undo the damage the kingdom has suffered for decades of human rights violations both inside and outside of Saudi Arabia.

The move came shortly after women were also permitted access into a sports stadium, for the first time, to watch a concert. Saudi women had also been banned from voting until 2015, when they were allowed to vote in local elections.