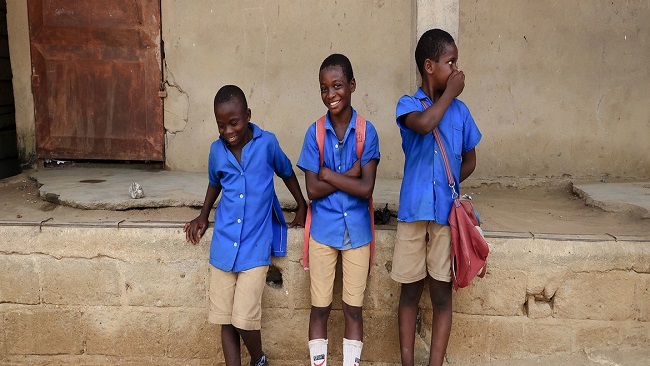 Schools Resumption: But not every child is in school in Southern Cameroons 0

The foundation of any state is the education of its youths. Unfortunately, this does not apply to Southern Cameroons where over a million children in the region’s rural areas have been held captive by Amba fighters who have very little faith in education and the Yaoundé government which does not really care if some of its citizens are in school or not.

For more than five years, many children in Cameroon’s English-speaking regions have been robbed of their right to education following a strike by lawyers and teachers which met with extreme violence from the Biya regime.

The violence which ensued has not only killed many young children, it is still having a huge impact on the most vulnerable segments of the society, especially children in rural regions of Southern Cameroons who are being threatened with death by Amba fighters who hold that no child should go to school until Southern Cameroons gets its independence from the Republic of Cameroon.

Schools effectively started in Cameroon last week, but many children in Akwaya Subdivision, Mamfe Central Subdivision, Eyumojock Subdivision and Upper Bayang Subdivision, all of which are in Manyu Division, are still at home, hoping that a miracle will occur for the so-called Amba fighters to allow them to go to school.

Cameroon Concord News last week sent a team to Manyu Division to find out if rural kids were back in school, but it turned out that school resumption which is supposed to be national is indeed not national as many Manyu kids are still at home.

According to the Cameroon Concord News team, the blame lies squarely with the separatists who are determined to rob the children of their right to education.

Many parents are very disappointed and mad at the separatists but they cannot speak up because of the presence of gun-toting irresponsible Amba fighters who still erroneously think that their country will be the best without its people going to school once the Yaoundé government grants independence to the two English-speaking regions of the country.

“We are really desperate. Our children have been at home for more than five years and there is no sign that the independence will ever come. We need help. Our liberators have become a huge problem onto us and our children. If the Biya government is really a problem as Amba fighters tell us, it at least allows children to go to school in East Cameroon. The new invisible administration, which manufactured false hope for us, is now a millstone around our necks,” an angry parent who brought two of his young children to Mamfe town for them to go to school said.

“We are stuck with this rogues who are permanently threatening to kill us if we send our children to school. Which nation has ever developed without its population being educated?” he asked.

In Ntenako and Ndekwai where the schools have been invaded by wild weeds, the parents have begun speaking up against the band of criminals who pass off as liberators.

Speaking to the Cameroon Concord News team, an agree parent who elected anonymity said that “we can longer allow this to continue. We must work with the government for these rogues to be arrested or killed by the military. They came here promising to protect us, but we now need protection against them. Our children cannot go to school and the idle criminals keep harvesting our crops without our permission. We are scared of talking but if the government could deploy more troops here we will report all those boys who are making life unbearable to us,” he said.

“Some of these criminals even sleep with our daughters and wives for free and many are even pregnant for these thieves. We are really frustrated and we are using this medium to call on the government to come and help us. We are stuck,” he said angrily.

Even if the separatists call for a resumption of schools in the rural areas of Southern Cameroons, it will take years for things to return to normal. Most teachers in those rural areas have fled and many cannot be accounted for. Some have even left the country, but they are still receiving their salaries.

Worst of all, some of the school infrastructure is decaying and some villagers are even stealing school property.

In Ossing in Manyu Division, a bunch of low class, ill-behaved commoners have taken off the roofing sheets of the Ossing Government Primary and Secondary Schools and sold to some villagers.

All the academic and other records have been soaked by rain because these criminals took off the roofing sheets.

Currently, the Ossing Village Council is working hard to bring those who have committed these odious crimes to justice.

Some of those who purchased the sheets have been identified and they are being made to pay hefty fines for purchasing stolen property, a city councilor who elected anonymity told the Cameroon Concord News team.

“It is unfortunate that our own people are destroying our own infrastructure. How can we ever develop if our own people cannot go to school. I have never known a worse revolution than this,” he regretted.

I hope time will bring some wisdom to this revolution which is completely off its rails. Its leaders are completely unhinged and they are simply unaware of the adverse consequences of their misguided actions, he concluded.