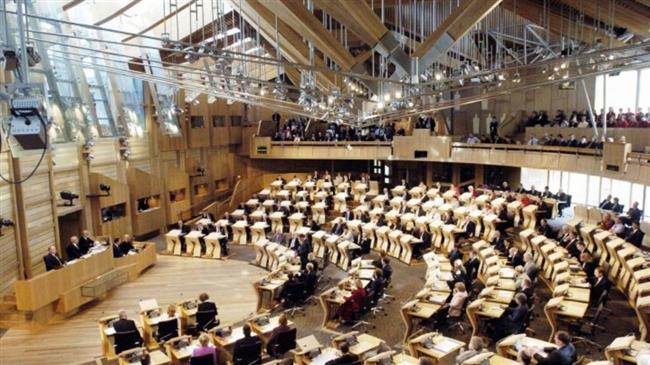 The Scottish parliament has decisively voted against the United Kingdom’s legislation on departure from the European Union (EU), placing London on course for a major constitutional dispute with Edinburgh and the further postponement of Brexit.

The vote is not legally binding but it will force London to make a high-risk decision and assert power over Edinburgh or make further concessions to the Scottish government to avoid a crisis.

May’s disregard for the vote could fuel Sturgeon’s demands for a second referendum on Scottish independence and provide her Scottish National Party (SNP) with a further justification for staging one.

Britain has been at loggerheads with the devolved nations – Scotland, Northern Ireland and Wales – on how power would be shared after the Britain’s separation from the 28-member bloc.

Speaking after the Tuesday vote, Scotland’s Brexit secretary Mike Russell, called on the UK government to respect the will of the Scottish parliament and find an acceptable solution.

“The Scottish Parliament has now said overwhelmingly that this attempt to undermine devolution is unacceptable,” he said. “The UK government cannot ignore the reality of devolution or try to drown out what this parliament says. They cannot pretend that no motion has been passed.”

A day earlier, Sturgeon warned London against ignoring the Holyrood’s views and said May needed to secure a deal with Edinburgh fast.

“They [UK government] have a decision to make as to whether they are going to ignore the views of the Scottish Parliament or listen to those views and try very hard to get a deal and to close the gap that remains between us,” she said.