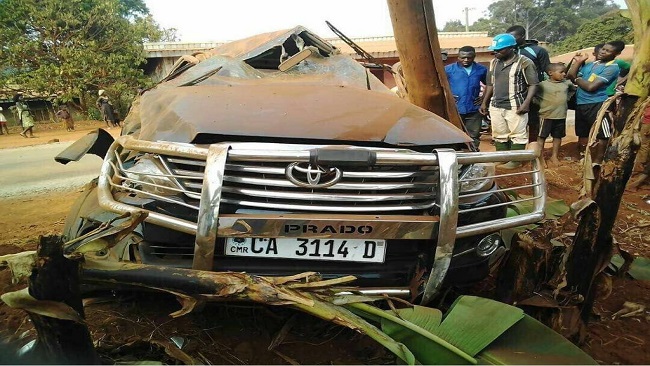 There are reports of an Ambazonian Tigers attack on a convoy transporting the Senior Divisional Officer (SDO) for the Ndop constituency.  Images aired on social media tell of a ghastly car crash. However, a message made public by an unknown source in the Federal Republic of Ambazonia noted that the Ambazonian militants attacked the SDO’s vehicle with explosives.

Cameroon Concord News is yet to confirm the correctness of this developing story. The Cameroon government spokesman and minister of communication, Issa Tchiroma Bakary has also not commented on the happenings in Ndop.

We gathered from the release that all members of the SDO’s entourage including the prefect and 4 elements of the Rapid Intervention Battalion, BIR were killed.