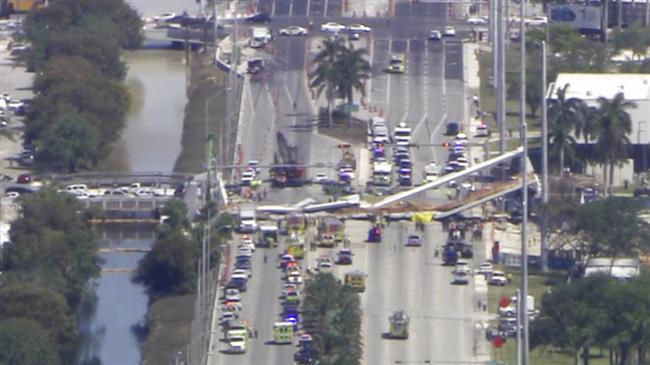 “Several people were killed. I just don’t know how many,” Alejandro Camacho, a spokesman for the Florida Highway Patrol said in a telephone interview.

There were at least five to six vehicles crushed underneath the pedestrian crosswalk, he added.

The bridge connects the university with the city of Sweetwater and was installed on Saturday in six hours over the eight-lane highway, according to a story that was posted on the university’s website. It was 174 feet (53 m) long and weighed 950 tons.

Television footage showed firefighters were walking across the flattened wreckage and medics were treating injured people. Emergency personnel appeared to be trying to work their way through a hole in the top of the bridge.