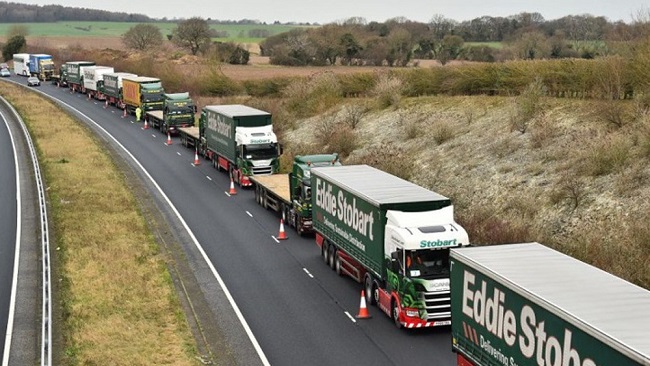 As long lorry queues form to enter the European Union (EU) zone in France and some refused entry at ports, businesses are being told to prepare for “significant additional disruption” in the immediate post-Brexit period.

Cabinet Office minister, Michael Gove, said on Friday (January 08) that disruption at Britain’s border had not been “too profound” yet, but admitted that “It is the case that in the weeks ahead, we expect that there will be significant additional disruption – particularly on the Dover-Calais route”.

Meanwhile, in relation to Northern Ireland (NI), previously Gove had said that trade from mainland Britain to NI “will get worse before it gets better”.

Furthermore, the Danish shipping and logistics company DFDS, one of the busiest in Europe, issued a warning to drivers on Friday (January 08) that many vehicles are being held up or turned away from Dover in Kent and Calais and Dunkirk in France.

The company said in a statement: “We are experiencing a high volume of vehicles being refused and delayed at the Ports of Calais, Dunkerque and Dover, due to incorrect paperwork being presented at check-in”.

It was also revealed this week that more than 50 British retailers, including M&S, face potential tariffs for re-exporting goods to the EU.

It seems that the last-minute deal struck between Downing Street and Brussels on Christmas Eve (December 24) was too short notice for businesses, hauliers and transportation companies to re-adjust their paper work and broader logistics to align with the new post-Brexit reality.