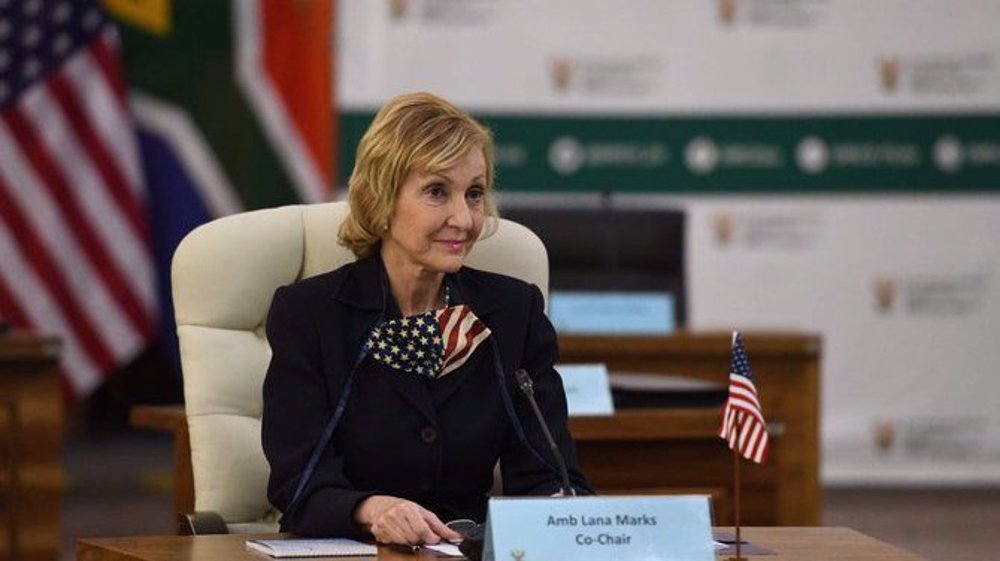 South Africa: No evidence of alleged Iranian plot to kill US envoy 0

South Africa’s State Security Agency says it has found no evidence to support US media claims that Iran was planning to assassinate American Ambassador to Pretoria Lana Marks.

In a statement released on Friday, the agency spokesman Mava Scott said that South African officials had met with their US counterparts to request additional information.

“At present, the information provided is not sufficient to sustain the allegation that there is a credible threat against the United States Ambassador to South Africa,” Scott said.

The remarks came days after the Politico news magazine alleged that Tehran was planning to kill Marks before the US presidential election to avenge Washington’s assassination of top Iranian anti-terror commander Lieutenant General Qassem Soleimani in Iraq early this year.

The article claimed to be based on US intelligence reports, purportedly seen by a US government official and another official familiar with the documents, noting that Marks had likely been chosen due to her closeness to US President Donald Trump.

Trump, however, cited the report to threaten an attack “1,000 times greater in magnitude” against Iran.

Scott stressed that South Africa had heightened security to protect the US diplomatic mission and personnel, saying, “Such plots of assassination against diplomats are viewed in a very serious light and Her Excellency, Ambassador Marks has been assured of our commitment in this regard.”

Additionally on Friday, South African Minister of International Relations Naledi Pandor said her country is “as surprised as its Iranian friends” after learning about the alleged assassination plot.

“I find it surprising, why would Iran being a very good friend of South Africa come and commit a horrendous act in a country which has been a good friend to Iran, and of such a nature?” she said in an interview with SABC News. “I can only describe it as bizarre and let me stop there.”

Tensions have been running high between Tehran and Washington since May 2018, when Trump pulled the US out of a multilateral nuclear deal and unleashed a tough campaign of sanctions as part of his ‘maximum pressure’ policy and military threats against the Islamic Republic.

The two sides appeared to be on the brink of direct confrontation after General Soleimani was assassinated in the US drone strike near the Baghdad International Airport on January 3.