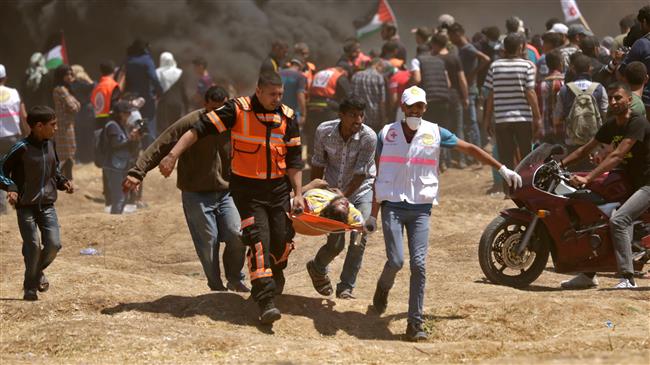 South Africa has recalled its ambassador to Israel following a bloody crackdown on Palestinian protesters by Israel forces that left at least 55 dead and 2,700 injured either by live gunfire, tear gas or other means.

Israeli troops shot the protesters on the Gaza border on Monday when the high-profile opening of the U.S. embassy to Israel in Jerusalem raised tension to boiling point after weeks of demonstrations.

The South African foreign ministry explained that its decision had been taken to protest the indiscriminate killing of protesters.

“Because of the grave and indiscriminate nature of the latest Israeli attack, the South African government has decided to recall Ambassador Sisa Ngombane with immediate effect,” read part of the statement. The violence took place on the day of the controversial transfer of the American embassy from Tel Aviv to Jerusalem.

While South Africa and Turkey recalled their ambassadors to Israel because of the US decision that has been widely criticised by its Western allies, some African countries sent representatives to witness the official opening of the US embassy in disputed Jerusalem.

The United Nations General Assembly rejected by a huge majority the US recognition of Jerusalem as Israel’s capital.

Palestinians seek East Jerusalem as the capital of a state they hope to establish in the occupied West Bank and the Gaza Strip.

Israel regards all of the city, including the eastern sector it captured in the 1967 Middle East war and annexed in a move that is not recognised internationally, as its “eternal and indivisible capital”.

Most countries say the status of Jerusalem, a sacred city to Jews, Muslims and Christians – should be determined in a final peace settlement and that moving their embassies now would prejudge any such deal.

In December 2017, Togo was the only African country to support the US motion to establish an American embassy in Jerusalem.

The United States which was furious at the lack of support from its allies, threatened to cut aid to countries that don’t support its positions at the United Nations and in several other international fora.