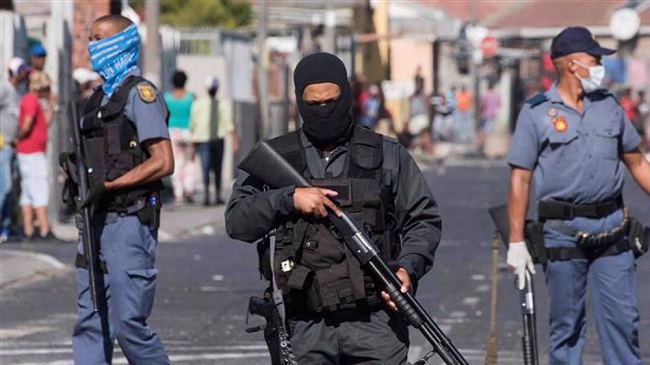 South Africa records over 7,000 murders between July and September 0

New police statistics show more than 7,000 people have been murdered by criminal gangs in a span of three months across South Africa.

On Wednesday, South Africa’s parliamentary portfolio committee on police heard details of the crime statistics, recording those crimes reported to the South African Police Service (SAPS) from July 1 to September 30.

Rapes, in a country notorious for sex assaults against women and children, also recorded a huge jump. Kidnappings doubled to more than 4,000 in the three months, compared to the same time last year.

Commenting on violence against women and children, Police Minister Bheki Cele said, “The rate at which women are abused, violated and some killed in South Africa remains worrying and unacceptable.”

“The crime statistics again show that we as communities continue to fail to protect some of the most vulnerable in society: our children,” Cele said.

The police minister promised that 10,000 new recruits would be ready to join the police force before the Christmas and New Year period, when crime typically rises. Their deployment “will intensify police visibility during the festive season and beyond,” he said. “Nothing will replace fighting crime [better] than warm bodies.”

Andrew Whitfield, a lawmaker with the largest opposition party, the Democratic Alliance, however, called on President Cyril Ramaphosa to fire Cele. “The bloodbath of violent crime remains out of control across the country with millions of people living in fear.”