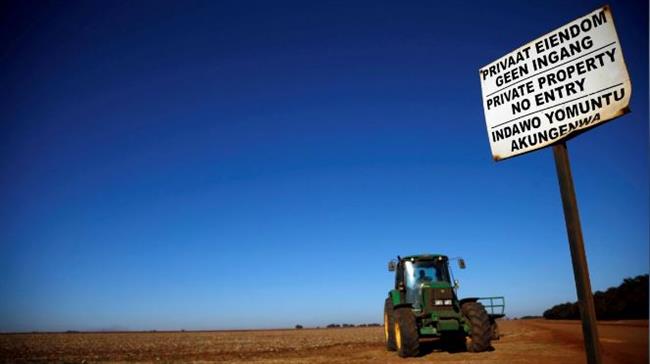 On his Twitter on Wednesday, Trump said he had asked his Secretary of State Mike Pompeo to investigate South Africa’s “land and farm seizures and expropriations and large scale killing of farmers.”

Shortly after Trump’s comment, South Africa responded in a tweet that it “totally rejects this narrow perception, which only seeks to divide our nation and reminds us of our colonial past.”

The South African government added that the country would “speed up the pace of land reform in a careful and inclusive manner that does not divide” the nation.

Early this month, President Cyril Ramaphosa announced that the ruling African National Congress (ANC) was moving ahead with plans to alter the constitution in order to allow the expropriation of land without compensation, as white South Africans still owned most of the country’s land nearly a quarter of a century after the collapse of the apartheid system in South Africa.

Ramaphosa is trying to accelerate land reform plans before the 2019 general elections in order to “undo a grave historical injustice” against the black people during colonialism and the apartheid era that ended in 1994.

According to the AgriSA, an association of agricultural groups across South Africa, 47 farmers have been killed in South Africa since 2017.

The number of attacks on farmers has undergone an increase from 478 in 2016-17 to 561 this year, but the government’s involvement in the killings remains unclear.