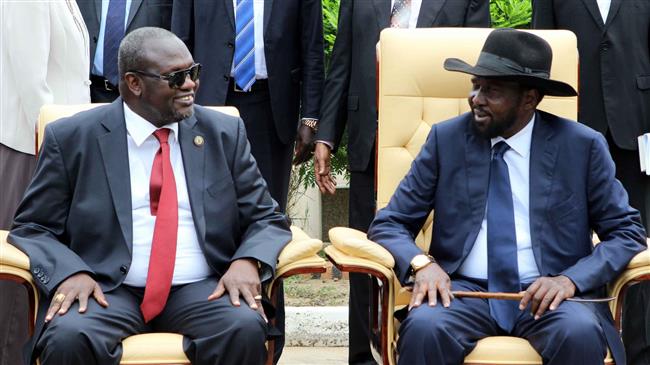 South Sudan’s rebel leader Riek Machar has arrived in Ethiopia for a face-to-face meeting with his arch-rival, President Salva Kiir, for the first time in two years in an effort to negotiate an end to a five-year-old civil war.

An Ethiopian government official also confirmed his arrival, saying Machar would meet Ethiopia’s Prime Minister Abiy Ahmed before his talks with Kiir later in the day.

The president has also arrived in the country for the talks, officials confirmed.

This would be the first meeting between the two since Machar had to flee to the Democratic Republic of the Congo in July 2016, after fierce fighting broke out between his forces and the government troops in the South Sudanese capital, Juba, and left hundreds of people dead. One month later, Machar turned up in South Sudan, where he was put under house arrest.

The face-to-face meeting is now being held ahead of an African Union summit scheduled for July 1 in Mauritania.

The former vice president turned rebel after he was accused of plotting a coup against the president in 2013.

South Sudan, the world’s youngest country, then plunged into civil war, only two years after its independence from Sudan.

Tens of thousands of people have so far been killed and nearly four million displaced. Both sides have been accused of abuses against civilians.

Machar returned to Juba in April 2016 and formed a transitional government with the president and other groups under a 2015 peace agreement. His return raised hopes for the implementation of the repeatedly-broken peace agreement to end the civil war.

Fighting, however, continued between his forces and the government troops and forced him to flee to the Democratic Republic of the Congo in July 2016. One month later, he turned out in South Africa, where he was put under house arrest.