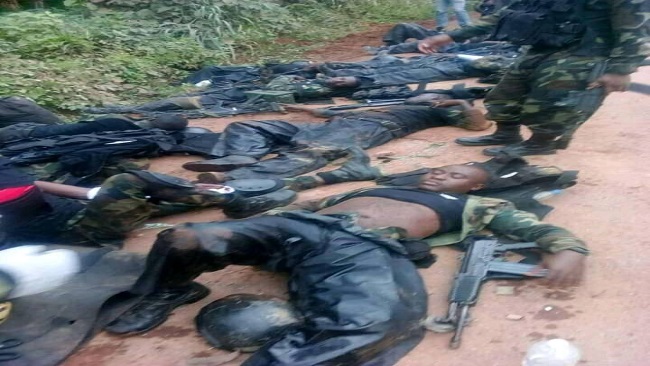 The intelligence chief whose name the office of Vice President Dabney Yerima blatantly refused to disclose to the Cameroon Concord News Group, urged every Southern Cameroonian during a recent zoom meeting to make collective efforts in building a strong Ambazonia Defense Force including a very efficient intelligence unit that will compel the French Cameroun troops to withdraw from the Federal Republic of Ambazonia.

In the zoom meeting with Vice President Yerima and members of the defense department on Wednesday, the new Intel chief welcomed the Interim Government’s diplomatic efforts towards establishing security in the villages and easing tensions among Amba fighters.

Referring to the kidnappings and rapes, Vice President Dabney Yerima who also shared his thoughts during the session, underlined the inevitable need for cooperation among Ambazonia Restoration Forces and the newly created intelligence department to accelerate the defeat of the evil French Cameroun army soldiers.

Vice President Dabney Yerima said the only solution to rid the Ambazonia homeland of French Cameroun insecurity and terrorism is unity among all Southern Cameroons groups and front line leaders.

Yerima pointed out that the Ambazonia Interim Government’s strategic policy is to defend the sovereignty of Southern Cameroons and develop all-out relations with the brotherly African nations and even beyond.