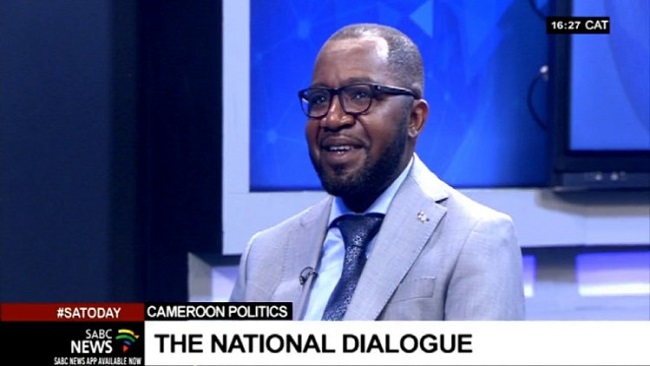 A report from the Ambazonia Interim Government says Cameroon government secret service officers working for Minister Paul Atanga Nji have been recently sending threatening text messages to Vice President Dabney Yerima warning him and other members of his war cabinet.

An IG statement that was addressed to Southern Cameroons Self Defense Groups in Ground Zero also pointed out that, Paul Atanga Nji and his French Cameroun gang held that burning the homes of the poor and innocent Ambazonian people will cause the population to discontinue its support to the Southern Cameroons Interim Government.

“From every indication, it is very clear that the Paul Biya-Atanga Nji policy has not worked and the situation in Southern Cameroons is now so tense due to the hostile treatment of Southern Cameroonians by French Cameroun troops and Francophone civil administrators” Vice President Yerima added.

Minister Atanga Nji Boys are attacking civilians and committing crimes in both the Northern and Southern zones of the Federal Republic of Ambazonia while top officials of the Southern Cameroons Interim Government in Europe and the US are receiving regular threatening text over the past two weeks.

The text messages are viewed by many Ambazonian exiles as an attempt to deter Southern Cameroonians from supporting the struggle against the French Cameroun regime in Yaoundé.

“I reported the issue to the Vice President, and then I realized he had it too,” Dr Patrick Ayuk said.