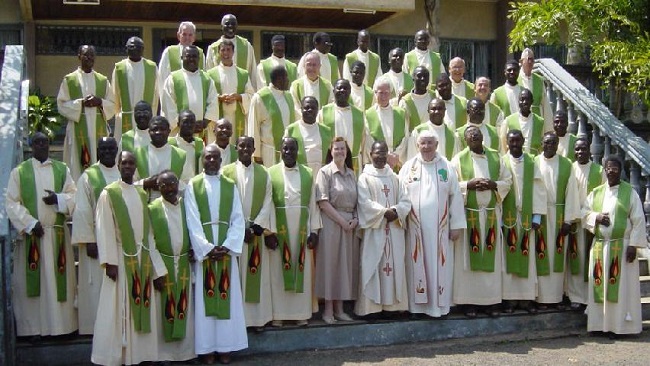 A priest in Cameroon’s Northwest region has been released by unknown gunmen after about two days in detention, Catholic Church leaders have disclosed. The Bamenda Archdiocese confirmed that Rev. Father William Niba had been abducted in the town of Belo. He was the principal of St. Bede’s College.

His arrest is said to be connected with the failure to observe a social boycott call by separatists. Local media sources reported that after the kidnapping of the principal panic gripped the school as parents rushed to withdraw their children.

Kidnapping is rampant among a section of the secessionists pushing for independence from French-majority Cameroon. The two Anglophone regions – Northwest and Southwest have long protested marginalization from the central government.

The main separatist group pushing for the so-called Ambazonia Republic command the Ambazonia Defence Forces (ADF) which says it targets members of the security forces but was not engaged in kidnap.

It suggests that other fringe groups are engaged in the kidnappings. The security situation in the region has meant curfews are in place supposedly to control the incidence of attacks.

The army has denied using reprisals against citizens after separatists attack them. That is contrary to reports by local media and rights groups that accuse them of human rights violations.