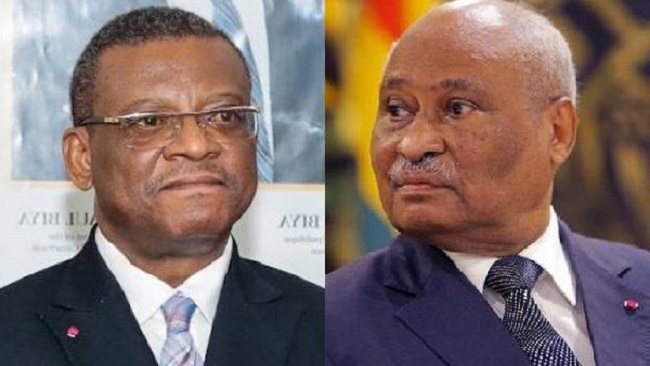 Justice Minister, Laurent Esso seen here with a sea of Francophone cabinet members of government announced on Thursday some measures taken by President Biya, for a definitive exit from the socio-political crisis in Southern Cameroons.

Known for his anti-Anglophone stance, Laurent Esso made public the creation of a section of Common Law at ENAM, the National School of Administration and Judiciary and the Supreme Court. Esso and his Beti Ewondo gang also announced a massive recruitment of Southern Cameroonians into the magistracy and vowed to respect the bilingual nature of the country in the appointment of magistrates into courts in British Southern Cameroons.

It is evidently clear that Southern Cameroonians are winning as the Biya Francophone Beti Ewondo government is retreating. The government had declared that there was no “Anglophone problem” in Cameroon. The Biya regime is taking the last kicks of a dying horse. In order to make up for the time lost by schools since November 2016, in the English-speaking part of the country, the Francophone government decided to cancel the holidays of the second quarter of the school year 2016/2017.

Students in high schools and colleges in the North West and South West regions will not have the second trimester holidays, which run from March 31 to April 17, 2017. The Francophone authorities intend to recover the hours lost during the strike period which is still on-going. According to Biya and his CPDM acolytes, Southern Cameroon students will now have 17 hours of additional classes.

The Arithmetic is that from March 6 to May 31, students will receive two additional hours of teaching on Monday, Tuesday, Thursday, and Friday. The students will also have classes on Wednesday three o’clock and Saturday, 6 o’clock. It is vital to state in this report that the Cameroon Anglophone Civil Society has made it abundantly clear that only the detained leaders have legitimate authority to dialogue with the Biya regime.