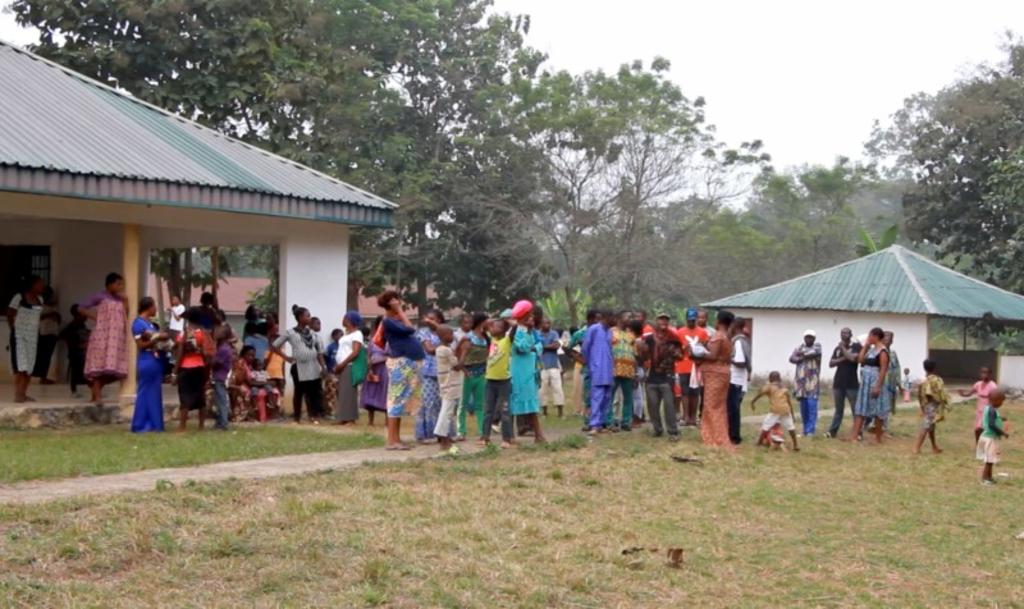 Governor of Cameroon’s North West region has in a press statement issued a renewal of the curfew imposed in the region.

The decision to impose a curfew months back was to contain guerilla style attacks by separatist elements on members of the security force.

A March 12 statement from the governor’s office said the regional order restricted movement of persons and property as from (Sunday) the 11th of March 2018 from 09 PM to 5 AM within the region. 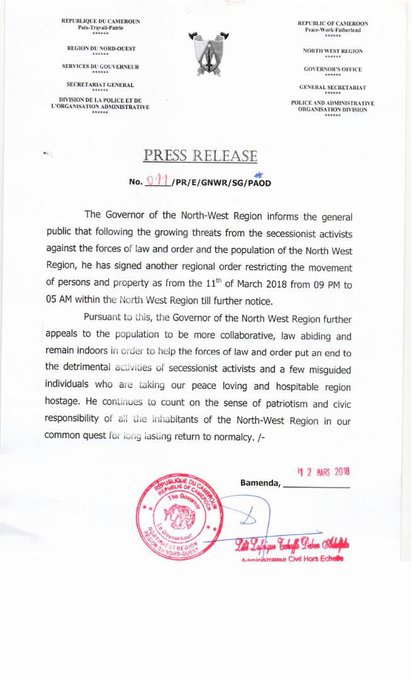 The previous order a week long one was imposed between March 4 and March 11, 2018. The South West region have imposed much lengthier curfew duration – opting for a month.

The two regions are at the heart of the Anglophone crisis, where English-minority population are seeking to break off from the French-majority Cameroon. Separatists elements operating under the so-called Ambazonia defense force have killed over twenty-four soldiers.

They have kidnapped one soldier and another government official in a new leg of their operations. One of the kidnapped persons, a delegate for Social Affairs in the NorthWest appeared in a recent video begging the government to intervene in securing his release.

Meanwhile, the United Nation’s refugee agency, the UNHCR, reports that the number of Cameroonians fleeing the Anglophone crisis into Nigeria has crossed the 20,000 mark.

A UNHCR report dated March 8 said a total of 20,291 people had officially been registered and were now living in Nigeria’s Benue and Cross River States. They comprised people living in nine communities.