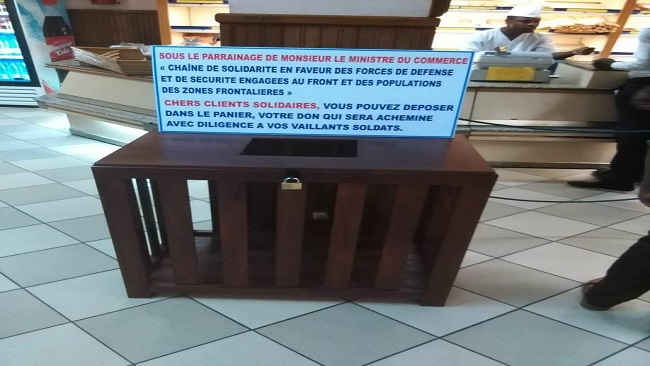 Hundreds of French Cameroun troops will be forced to leave the army or sent on early retirement soon because the Biya regime has run out of money to pay salaries and to feed them including paying water and electricity bills at several military bases in the Far North region and in Southern Cameroons.

Cameroon Intelligence Report was reliably informed that soldiers who are currently deployed to Southern Cameroons have been told not to speak to the media about the prevailing situation. The ministry of defense has been hit by numerous corruption scandals and financial crisis as the Francophone dominated regime tries to rein in expenditure to cope with the armed struggles in the Federal Republic of Ambazonia, the Nigerian Islamic sect, Boko Haram in the Far North and militants from the Central African Republic in the East region . It has also led to the 85 year old President Biya traveling to China to seek help.

President Biya has not stopped hiring expensive presidential jets for his lavish trips abroad but the ministry of defense has been ordered to liaise with the ministry of commerce begging hotels and business centers to encourage Cameroonians to donate in support of the military. Biya who is still embarking on unnecessary foreign trips and with huge delegations approved the measure as painted on the photo attached to this report.

Cameroon government debt levels under the ruling CPDM crime syndicate have been soaring in recent years, leading to even French investor warnings about the economic outlook of the Sub Saharan African country.