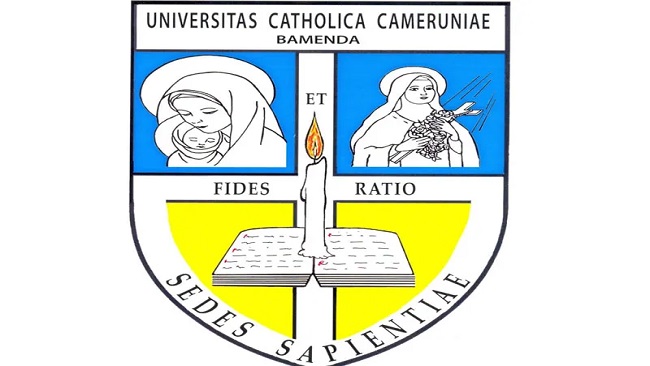 The leadership of the Catholic University of Cameroon (CATUC) is soliciting funds to assist students affected by the protracted crisis in the English-speaking regions of the Central African nation.

In a statement issued Monday, December 5, the Vice Chancellor of CATUC says, “Two years ago, cases of students whose parents’ fortunes had changed drastically as a result of the Anglophone Crisis came to our notice.”

“Some parents had lost everything-businesses, farms, homes, cows, etc. – and were unable to pay tuition fees for the children who were already enrolled in the university,” Fr. Joseph Awoh Jum says.

Fr. Awoh notes that a “good number of students, including students of the Medical School, were going to drop out as a result.”

“Our immediate reaction was to appeal to people whom we knew – our friends, family, colleagues, alumni, former schoolmates, and students – for assistance,” the Vice Chancellor of the Catholic institution based in Cameroon’s Bamenda Archdiocese says.

He notes that a few of the donors “responded to our appeal and gave us donations which kept these students in school, for some time.”

In addition, Fr. Awoh says, “The Archbishop of Bamenda provided school fee loans to four of our medical students who were threatened with dropping out so that they could complete their training, work in Archdiocesan health institutions and eventually pay back these loans.”

“These students and their families are extremely grateful to all those who contributed to keep them in school and keep their dreams alive,” the Vice Chancellor says.

However, Fr. Awoh says, “Those of them in the middle of their medical training still have a long way to go and would appreciate whatever assistance they can get to take them to the finish line.”

“In these difficult times, the university and her proprietors can only offer so much assistance and are working towards the establishment of an endowment fund to cater for such cases in the future,” he adds.

The Cameroonian Catholic Priest goes on to appeal for aid, saying, “We would greatly appreciate whatever assistance anyone would like to offer to keep these unfortunate students’ dreams alive and to assist families rendered desperate by the Anglophone Crisis.”

“Please, give this appeal a thought and, if your heart tells you to contribute your widow’s mite to this noble cause, contact us at info@catuc.org for guidance on how you can do this,” he says.

He continues in his December 5 statement, “We thank you in anticipation of your kind help and pray for God’s abundant blessings on you and your people.”

Cameroon’s English-speaking regions plunged into conflict in 2016 after a protest by lawyers and teachers turned violent. An armed movement of separatists claiming independence for the so-called republic of Ambazonia emerged following the government’s crackdown on protesters.

School boycotts have become common in these areas, as have enforced moratoriums on public life known as “ghost towns”.

On August 21, members of the Bamenda Provincial Episcopal Conference (BAPEC) lamented the protracted conflict in the country’s Anglophone regions, that has been characterized by “the piteous and distressing cries of anguish”.

The Catholic Church leaders at the helm of Bamenda Archdiocese and the Dioceses of Kumbo, Kumba, Mamfe, and Buea Dioceses underscored the need to respect the dignity of the human person created in God’s image and likeness and the sacredness and inviolability of human life.