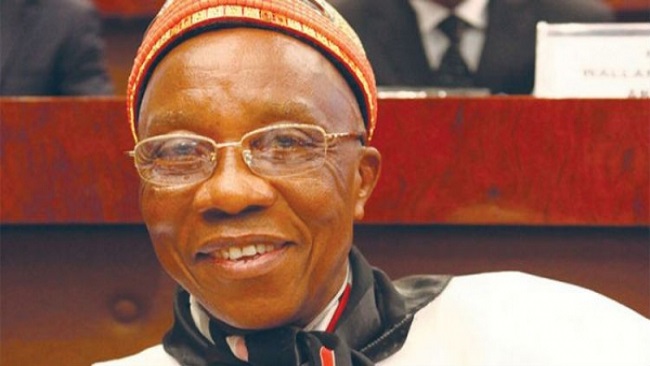 Many Cameroonians have surely watched the video the former Mayor of Mamfe, Ayuk Takunchong, and his con-man, recorded yesterday in Mamfe in a bid to impress senior members of the crime syndicate known as the CPDM.

While the video is intended to give the impression that Mamfe has been recovered from the Amba boys, there is a sub-text that must be taken seriously.

The video is a clear demonstration of how frustrated Mr. Ayuk Takunchong has become. He had been promised that he would be made a senator and this made him to stay out of the race for the Mamfe City Hall.

Mr. Takunchong has his eye on a senatorial position in Yaoundé, but things do not seem to be falling in place.

The country’s president and the crime syndicate chairman, Paul Biya, has the prerogative of appointing 30% of the country’s senators and this was used as a solid argument to lure Mr. Takunchong from the Mamfe City Hall.

His appointment, his godfathers said, was a reward for all the heavy lifting he had done for the ruling party, but what he did not know was that Biya hardly reacted very fast and that sometimes, before he appoints anybody, that person will have to go through a series of financial disappointments and frustration with the system that has helped to take the person from grass to grace.

Mr. Takunchong is already running out of money and patience. Since leaving the Mamfe City Hall, the flamboyant mayor who spots a pot belly has not earned a dime. He has begun feeling the financial heat and this is pushing him into all the acting that was seen in the video.

Mr. Biya is a very good political tactician. He does not just appoint people because they need the appointments. He needs people who can continue to defend his fake ideology within academic and intellectual circles. The CPDM political ideology is hated and despised by the majority of the country’s population so the party needs very sharp spin doctors who can help to give the dying party facelift.

Ayuk Takunchong lacks what it takes to do such a heavy duty job. He is good for the rural areas where he can easily intimidate the hungry and desperate rural population.

Besides, if he has to be appointed as a senator, then Chief George Tabetando, one of the many senate vice presidents has to die or be fired by the president.

But Senator George Tabetando is not in rush to leave this planet. Like his colleague, Niat Njifenji, the senate president, Tabetando has taken all the necessary measures to be around again for a long time.

Chief and Senator Tabetando is only 77 years old and by Cameroon’s standards, he is a very young man. He therefore still has a lot of gas in his tank; that will take him for at least ten years.

This implies that Mr. Takunchong will either be patient for a long time or he has to look for a way to eliminate Chief Senator Tabetando to take his place. His ridiculous and unpleasant video was a coded message to the Yaoundé government, reminding it of the financial storm that was coming his way.

Chief Tabetando does not drink. He has never smoked and he eats only organic food which implies that he will not be leaving this planet anytime soon. This is a man who eats mostly roasted cocoyams with plums. At his age, he is a picture of health despite the pressure brought onto him by Amba fighters who have fired him from his position as the chief of Bachou Ntai.

Mr. Takunchong is facing bleak and stormy days ahead. All promises made to him are unfortunately not falling into place. The heat is on and the once flamboyant mayor is now dealing with nightmares and sleepless nights.

The financial fountain has been turned off and if something is not done in the months ahead, Mr. Takunchong who is in the crosshairs of the Amba boys might have to make peace with his arch enemies just for him to know some peace of mind.

Senator Tabetando is in real trouble. Takunchong needs his position, but since he has no plan to die soon, this might create a serious conflict between them.

However, Chief Tabetando has a choice. He could negotiate with Biya to find something for Takunchong who is already feeling the financial heat while waiting for the day he will die.

Takunchong will surely run out of patience. Death does not seem to target old people in government. Biya himself and Niat Njifenji are all resisting death and there is no sign that Chief Tabetando will do anything that will make him attractive to death.

He will keep on eating organic food to ensure that he does not throw caution to the wind. Alcohol and Chief George Tabetando will never make good bed fellows.

If Takunchong will have to engineer Tabetando’s death, then he might only do so through a young woman as women, especially the young ones are the aging senator’s Achilles heels.

Meanwhile, Mr. Takunchong con-man who came from Bachou to accompany the former mayor stage his show is facing the prospect of being homeless.

Amba boys have already sent him a message, advising that his home and those of his brothers and cousins will be burnt in the days ahead. He is still crying and is contemplating to quit the village.

He seems to be the first victim of the junk traditional rite Takunchong deceived him into performing in Mamfe town.

The con-man wants to apologize, but does not know how to go about it. He is not a very attractive target to Amba boys, so he will not be kidnapped but he will only be rendered homeless, a source close to the fighters informed the Cameroon Concord News Group.

“The little money former mayor Takunchong gave me is already finished. I don’t know what caused me to accept Takunchong’s offer. I am now going to render my entire family homeless,” he said.

“My stupidity is killing me. I am not even sure the mess we did would work. Takunchong has killed me. Since amba fighters delivered their verdict, I have not been able to eat. I am already sick. I am confused,” he concluded.