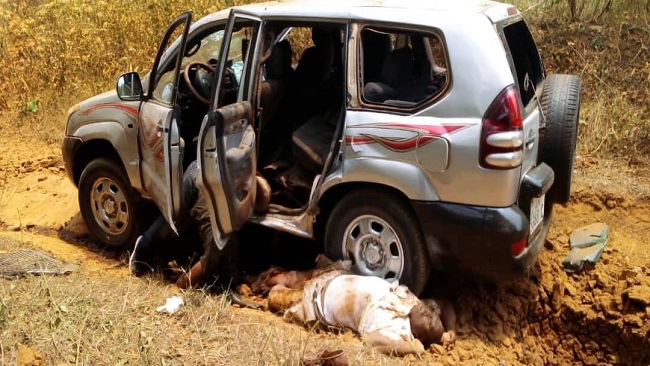 Southern Cameroons Crisis: DO, 4 others killed by roadside bomb in Ekondo Titi 0

Five people including the Divisional Officer for Ekondo Titi Sub Division were killed when their vehicle was destroyed by a roadside bomb during an ambush by Ambazonia Revolutionary Guards.

Fighters of the Southern Cameroons Self Defense Group reportedly opened fire on the Divisional Officer’s vehicle after it ran over an explosive during the DO’s so-called meet-the-people tour.

Cameroon Concord News understands there was no Cameroon government Service Unit patrol team close to the area during the attack.

Our correspondent in Mundemba, the chief town in Ndian Division said the Amba fighters used guns and rocket-propelled grenades during the assault on the DO and his entourage.

Ndian Division is prone to Ambazonia raids over its long and porous sea border with the Federal Republic of Nigeria, where the Ambazonia Interim Government controls swathes of countryside and the Biya Francophone government authority is weak.

Other areas in the entire Southern Cameroons are also susceptible to attacks and the French Cameroun officials are often quick to blame Ambazonia fighters for the assaults.