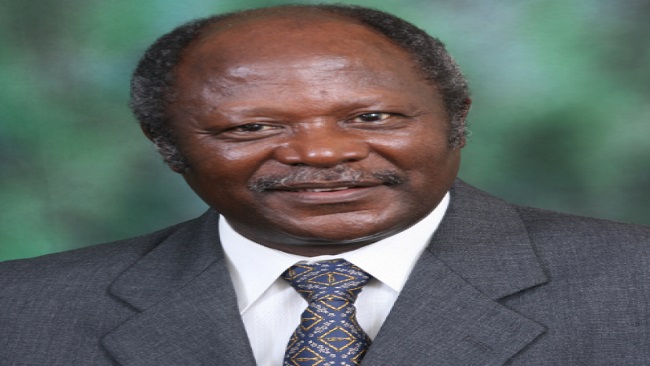 Amos Namanga Ngongi, Ph.D., says an urgent one-month ceasefire will ‘gauge the interest of the separatists to engage in a peace process’ to end the unrest in Cameroon’s North West and South West Regions.

The former Special Representative of the United Nations Secretary-General, in an op-ed last week, published by The Recorder, said the Government should, as a matter of urgency, declare a truce or a temporary ceasefire that could last for a month and call on the Ambazonian leadership to do same.

“This will be a preliminary move to gauge the interest of the separatists to engage in a peace process,” said Ngongi who served as Special Representative of the UN Secretary-General to the United Nations Organization Stabilization Mission in the Democratic Republic of the Congo (MONUSCO) from August 2001 to June 2003.

“If the truce is reasonably well respected it could be extended for a further period of two to three months. During this period the Government would identify and approach an individual or an institution, national or international, acceptable to the other party to serve as mediator,” said Ngongi.

He said, “The mediator’s first task would be to identify groups and/or persons who would take part in discussions to establish modalities for a more permanent ceasefire including a monitoring mechanism. With a ceasefire in place, the mediator would then proceed to the identification of groups that could participate in an inclusive peace conference or dialogue and secure guarantees for the free movement and security of all delegates.”

The mediator, Ngongi continued, in consultation with stakeholders, would prepare a draft agenda and propose a date and venue for the conference or dialogue.

He adds that Cameroonians and interested persons in the international community have provided in-depth analyses of the issues that have contributed to the crisis. The Mediator will thus have sufficient documentation to guide substantive discussions with a view to reaching a consensus peace agreement.

Apparently responding to the naysayers who hold that a truce is unattainable, Ngongi said, “It may be that the truce or ceasefire will be violated many times and the mediator stumble from time to time but that should not derail the drive towards peace. There is still time for concrete actions to be taken that would lead to peace at sixty and save lives, property, livelihoods, and guarantee national sovereignty. There is no need for one more Cameroonian to lose his or her life in this conflict. It is now time to give peace a chance.”

Dr. Namanga Ngongi posits that the horrific murder of young students at Mother Francisca International Bilingual Academy in Kumba on the 24th of October 2020 was a shocking reminder of the cruel situation in which the people of the North West and South West Regions of the country find themselves.

“The gruesome nature of this murderous act and the fact that the victims were young students in a classroom made their deaths even more painful,” said the erstwhile Deputy Executive Director of the World Food Programme.

“There have been vociferous protests throughout the country and voices from all shades of the political spectrum have decried this disdainful act of barbarity. It is difficult to find the right words to describe such an incident but suffice it to say that it is a great blight on the political image of Cameroon and an embarrassing source of shame for all of us.

“More so as it follows similar brutal killings in Ngarbuh, Muyuka, and other localities. No words or volumes of tears can soothe the pain of the mothers, fathers, other family members of the seven children who lost their lives, and the dozen who were injured. We do pray for the peaceful repose of the souls of the dead and for the full recovery of the injured children.

“October 31 was declared by the Head of State as a national day of mourning and that was largely respected by the population. It provided another opportunity for the nation as a whole to come together to mourn the dead and call for peace to be restored.

“The Prime Minister, Head of Government, Chief Dr. Dion Ngute, led a delegation to Kumba for a public ceremony to honour the dead students and echoed the call for peace to return to Cameroon. The ceremony was moving and most Cameroonians joined in the call for peace.

“But for peace to be restored the issues that led to the breach of the peace need to be addressed. Had the ongoing military confrontation been one of Cameroonians fighting an invading foreign army we would have expected all those able to bear arms to do so. But this is a conflict that pits Cameroonian against Cameroonian.”

“Yes, some Cameroonians having been frustrated by a seeming disregard to calls for corrections of some issues, mostly of governance, and in reaction to provocative statements made by some senior government officials, decided to take up arms in a bid to secede and create a country named Ambazonia,” said Ngongi.

He furthers: “For more than half a century there had been relative peace and security in the country and Cameroon was looked upon as an island of peace in Central Africa. However, voices were being raised by people of the North West and South West Regions against what was seen as over-centralization of administration and marginalization of Anglophones.

“Decentralization had been enshrined in the constitution of the country since January 1996 but little was done to implement even the limited measures that were envisaged. Besides the glaring marginalization and systematic witling down of the constitutional protocol positions held by Anglophones, the core of the Anglo-Saxon heritage: Common Law, the Education System, and community-based development were under attack.

“Largely peaceful demonstrations on September 22, 2016, were brutally suppressed. Judging from actions now being taken to respond to the crisis, the issues raised do not appear to have been of such magnitude as to have merited such a violent crackdown. In hindsight, a stitch in time would have saved nine.”

Hear Ngongi: “A thorny issue, however, is the nature of the state. Calls have been made to revert to a federal constitution. This appears anathema to the government. So too is the Unitary state to the secessionists. Should Cameroonians be killing one another over the nature of the state? Federal, United, Unitary, Kingdom or just plain Cameroon, the boundaries would remain the same and the constituent population would not change.

“There may be internal adjustments to create new Regions, Divisions, or Sub Divisions but that would not change the country. It is not in the Francophone tradition to have federations and it is not in the nature of Anglophones to have the degree of centralization as exists in the country. What needs to be discussed and agreed are the powers to be exercised at the center and those devolved to regions, Anglophone and Francophone regions alike.”

To each, their own

“What would Francophone regions lose if Anglophone regions used the common law system or had an Anglo-Saxon education system or carried out development activities through community-based systems?” asked Ngongi.

“The issue of marginalization of Anglophones in government and the administration cannot really be refuted. One only has to check the lists of members of the various national institutions and state enterprises. These issues can all be addressed and solutions found through dialogue. Where then is the problem? Are there other unarticulated issues?

“Now that a bloody war is raging with gruesome consequences, urgent action needs to be taken to silence the guns so as to create an environment conducive to discussions. There is an urgent need for a ceasefire. This is not a time for the blame game but a time to rise above party politics, tribalism, Anglophone, Francophone, and other prejudices. It is time to silence the guns and give peace a chance.”

60 years after unification, peace is key

“Next year, 2021, will be 60 years since the historic unification of Cameroon. Anniversaries are important in the affairs of man and sixty years in the history of a country that was born from a bold political decision to form a Union is a significant period. We can all resolve to work towards achieving peace by the 60th birthday of Cameroon as we know it today. It was a historic event that was driven by the vision of our founding fathers and mothers. It required courage and faith in ourselves and I was privileged, as a young student, to witness the public ceremony at the Buea Town Green. Peace at sixty (P@60) is achievable.

Biya should ‘rise above the fray’

“It is now time for the Government and the Ambazonian leadership to find a solution to this crisis that has cost the country so much in terms of: thousands of human lives lost, Civilian, Military and Ambazonian fighters; hardship imposed on hundreds of thousands of internally displaced persons and refugees; four years of education lost for hundreds of thousands of children; millions of livelihoods destroyed with disastrous consequences on youth employment; and the desecration of cultural, traditional, and religious institutions. All of these with the attendant psychological pain and waste of scarce national financial resources spent on the purchase of weapons. Bold actions are now needed to move the country forward from declarations of intentions to concrete actions for peace.

“It is well understood that Governments all over the world are reluctant to sit down and discuss with secessionists. As a result, many internal sociopolitical conflicts tend to drag on for decades at horrendous human, social, and economic costs before solutions are found, mostly through dialogue.

“All efforts should thus be made to ensure that this will not be the case in Cameroon.  The conflict has already lasted too long. Governments are set up primarily for the protection of the lives, human rights, and property of the citizens and guarantee national sovereignty. Governments should thus take all necessary measures including discussions with dissident groups, if and when necessary, so as to ensure that peace reigns, lives, and property protected, human rights respected and so build the unity that ensures and sustains national sovereignty. This is not an act of weakness but a demonstration of a commitment to the discharge of the primary responsibility of governments.

“The President, Head of State and Commander-in-Chief of the Armed Forces, in the interest of the populations of the North West and South West Regions and the country as a whole, can rise above the fray and instruct the Government to take bold actions that could establish a conducive environment for the restoration of peace in Cameroon through an inclusive dialogue.”