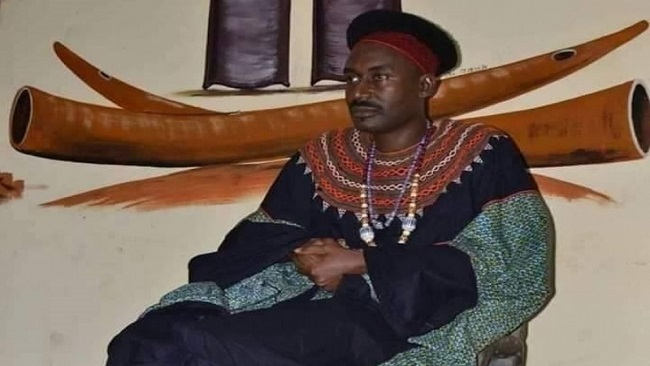 The Fon of Babanki His Royal Highness Uiyuoh Nelson Sheteh is reportedly under protective custody in a secret location since Saturday, December 12, 2020 by Ambazonia Restoration Forces not yet identified by the Southern Cameroons Interim Government.

The French Cameroun civil administrator in the area recently observed that “no one knows for the moment where the traditional ruler is, or even if he is still alive. The only information available so far is that he disappeared on Saturday, December 12, 2020.”

However, corroborating sources revealed that he was taken away from his palace by armed Southern Cameroons security forces who had cautioned the Fon over his dealings with the French Cameroun government in Yaoundé.

We understand the Fon was among the few Southern Cameroons traditional authorities who participated in the so-called regional elections that were banned in the Federal Republic of Ambazonia by the Interim Government.

French Cameroun media houses have painted the case as “kidnapping” but people in the know have hinted our informants in Bamenda that the Fon is presently being interrogated by elements of the Ambazonia Secret Service.