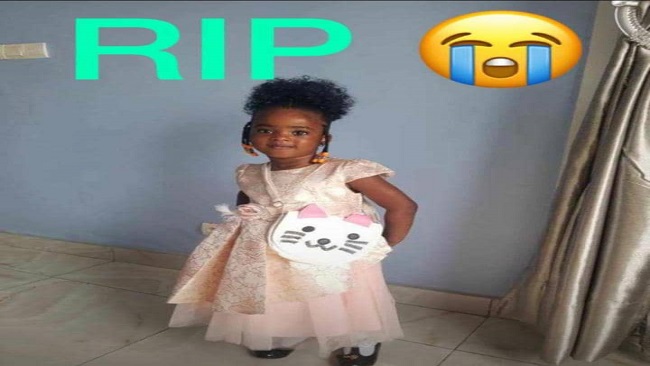 A primary school pupil  was killed by a trigger-happy Francophone army soldier in the Molyko neighborhood today Thursday  14 October 2021.

Per a witness account, the little girl and her mates were in a car transporting them to school as Francophone army soldiers were ransacking the Molyko neighborhood. But as her mother drove across the check point mounted by elements of the Rapid Intervention Battalion, the soldier shot into the car. His bullet fell the unfortunate girl.

She was pronounced dead after bleeding profusely from the bullet wound. Before the Francophone soldier cut short her life, the victim was a happy Southern Cameroons kid having scored an impressive marks in her recent examination.

The high military command deployed by the regime in Yaounde confirmed that she was hit by a stray bullet by one of its elements  on assignment to Muea.

Reacting to the news, the Vice President of the Southern Cameroon Interim Government Dabney Yerima said such acts of provocation by the French Cameroun military will not go unanswered. Yerima blamed the killing on Dion Ngute and his pro Yaounde criminal gang who are representing French Cameroun interest in Ambazonia.