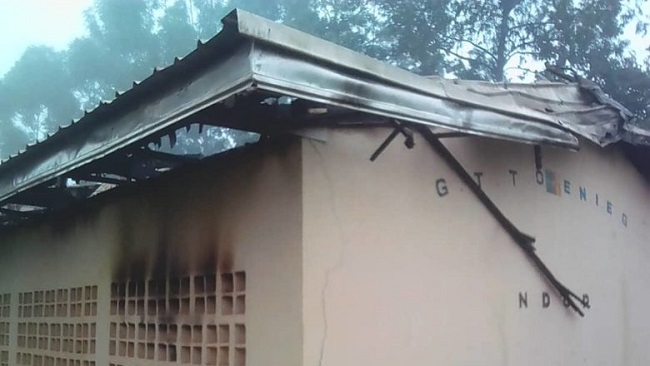 Government Teachers Training College, GTTC Ndop has reportedly been burnt down by a group of unknown Southern Cameroons militants in the early hours of Saturday the 21st of July. The Francophone dominated police service revealed that locals sounded the fire alarm at 9 am.

A resident noted that the fire consumed the administrative department of the school including the principal’s office and the staff room.  The French Cameroun administrators have blamed the incident on Ambazonian separatists operating in the area.

We understand the school premise has been used by the hierarchy of the ruling CPDM party for political meetings the most recent being that of Honorable Njinguh Musa, CPDM MP for Ngoketunjia North Constituency.