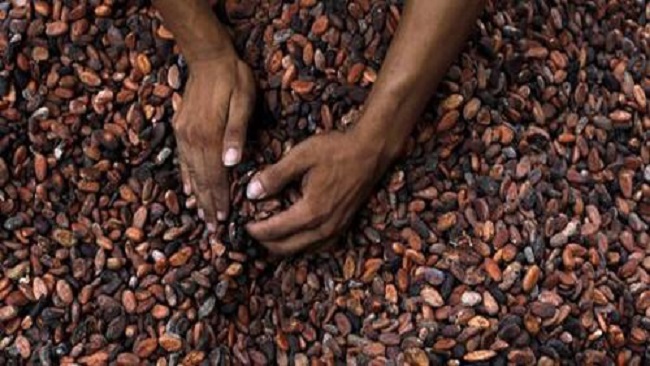 The crisis in anglophone Cameroon is damaging the Southwest Region’s economy, with palm oil plantations closing and the cocoa trade tumbling, an NGO report said Wednesday. The Southwest Region faces almost daily clashes between the army and separatists in a conflict that originated mainly in Cameroon’s second anglophone area, the Northwest Region.

The state-run palm oil company Pamol has deserted some of its plantations, and cocoa and coffee production has stopped because villages have abandoned their crops, according to the Cameroon NGO Human Is Right. Sources at the private firm Telcar Cocoa, a market leader, told the NGO that insecurity in the region had caused an 80 percent fall in cocoa trade. Company officials should negotiate with fighters to secure their facilities in remote villages, the sources said. Meanwhile rubber and oil plantations have been abandoned in two of Southwest Region’s six districts, Ndian and Meme.

The crisis has led to a 70 percent increase in unemployment in the agricultural sector, the report found. Both the Southwest Region and the Northwest Region were once under British rule before joining francophone Cameroon in 1961 after independence. For years, resentment built among anglophones, fostered by perceived marginalisation in education, the judiciary and the economy at the hands of the French-speaking majority. Demands for greater autonomy were rejected by 85-year-old President Paul Biya, in power for more than 35 years, leading to an escalation that saw the declaration of the self-described “Republic of Ambazonia” in October last year.