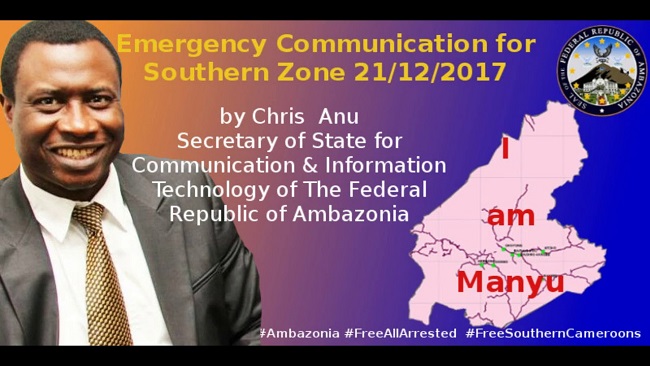 If you live in Mamfe, Ndian, Lebialem, and Kupe Manenguba counties, this emergency alert is particularly directed at you. The IG has received intelligence from French Cameroon military sources that their military vehicles transporting troops and bombs have been dispatched to your communities with a mission to hunt and to kill.

They travelled by night after asking that electricity be shutdown to give them secret passage to the destinations. Again, this is for Ndian, Mamfe, Lebialem and Kupe Manenguba. The bombs they are carrying are to be fired into the bush/forest areas they cannot access or penetrate.

As I make this announcement, the troops should already be in these areas. Those living in the bushes should take particular note and make sure that where they are is totally inaccessible.  Amba restoration boys are particularly warned to be on the alert as they are the prime target of the bombs.